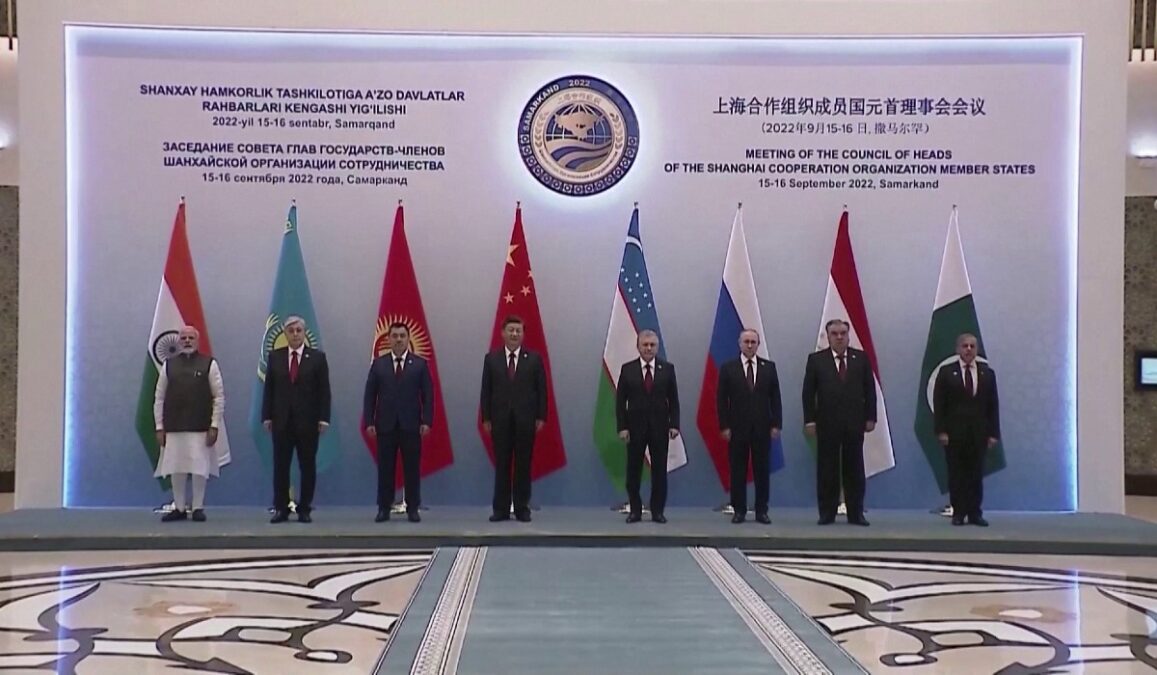 Leaders of a regional security summit in Uzbekistan reiterated their stance on political and diplomatic solutions to conflict situations in various regions in the world, particularly in Afghanistan, which they believe is key to stability in the region.

The Shanghai Cooperation Organization (SCO) members in a declaration on Saturday reiterated that one of the most important factors in preserving and strengthening security and stability in the SCO region is the speedy settlement of the situation in Afghanistan.

They said that they support the establishment of Afghanistan as an independent, neutral, united, democratic and peaceful state, free of terrorism, war and drugs.

“It is critical to have an inclusive government in Afghanistan, with representatives from all ethnic, religious and political groups of Afghan society,” the SCO members added.

The SCO members said they consider the active engagement of the international community in facilitating Afghan refugees’ dignified, safe and sustainable return to their homeland to be essential.

In view of the evolving humanitarian situation in Afghanistan, the SCO members said they support continued efforts to assist the Afghan people.

They noted the results of the 15th meeting of the SCO forum in Russia on 26 May 2022 and stressed the importance of further development of the SCO forum as a public consultative mechanism and a platform for expert dialogue on urgent issues of SCO business development.

The meeting was held at a time that no one from Afghanistan was invited or attended the summit.

Analysts said that the SCO member states are concerned about a possible threat to their security from Afghanistan; therefore, they focus on economic development in Afghanistan to prevent the country from becoming a recruitment hub for insurgent groups.

“They believe that radicalization will reduce if they focus on economic projects in Afghanistan in the long run,” said Ajmal Suhail, an Afghan analyst.

The SCO consisted of China, Russia, Kazakhstan, Uzbekistan, Tajikistan, and Kyrgyzstan ahead of the addition of India and Pakistan in 2017. Now, it has eight members and four observer states, including Afghanistan, and six dialogue partners, including Sri Lanka.

Women protest against suicide attack at tutoring center in Kabul