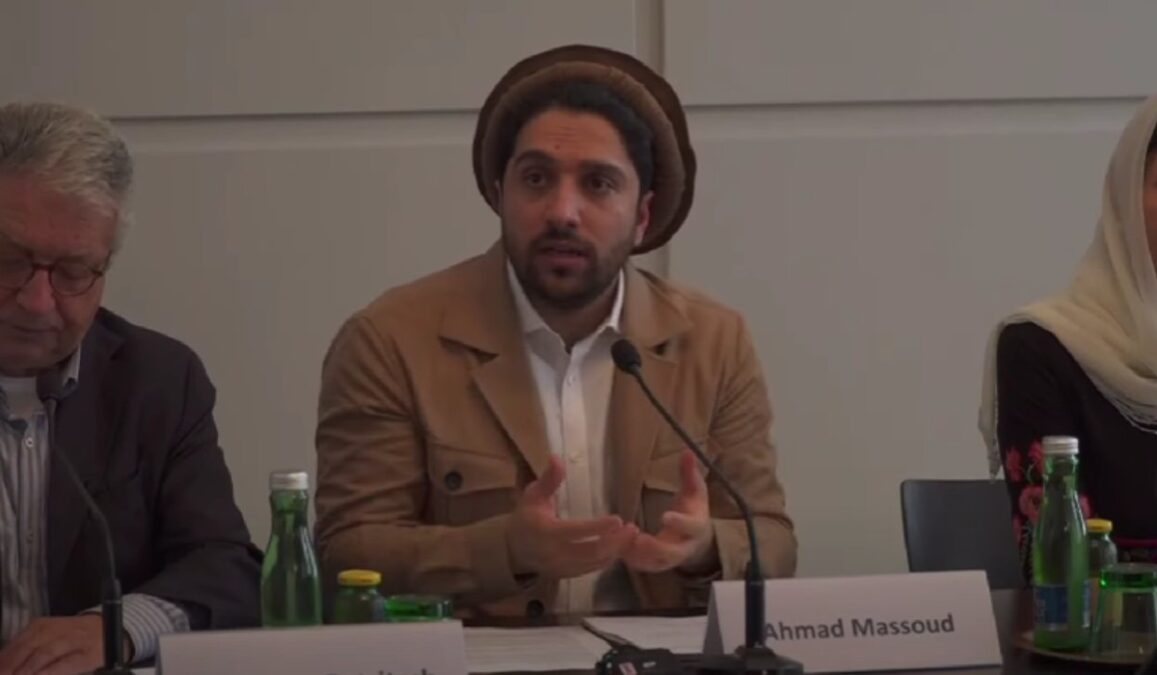 Ahmad Massoud, the leader of the anti-Taliban resistance front, said on Friday that at the three-day conference of politicians from Afghanistan in Vienna, Austria, the focus is to find ways towards political and peaceful solution to the crisis in the country.

Over 30 political figures, including Rangin Dadfar Spanta, Rahmatullah Nabil, Zalmay Rasul and Fawzia Koofi, have participated in the conference.

“No doubt, the conference is advocating for political solutions for peace (in Afghanistan),” he said. “Twenty years ago, when the national hero (Ahmad Shah Massoud) came to Europe, he advocated for the same issue that Afghanistan needs a political solution, not a military one. All of us should come together.”

He reiterated that they would use all opportunities to achieve the goal of ensuring peace in Afghanistan.

“For me, nothing is more important than the national interest of our people, their honor, their safety and our country’s safety; therefore, the effort here is to see a peaceful Afghanistan one day,” Massoud added.

Outside the conference, a group of Afghans protested, opposing the politicians’ gathering and saying that war was not the solution for Afghanistan.

Massoud said efforts will be made to create an environment of talks so that “any group that wants to impose oppression on Afghanistan faces a collective decision by the people of Afghanistan and the world.”

Responding to a question about the protests outside the gathering, Massoud said their efforts have never been to achieve absolute power.

“We hope that the collective effort will pave the way for political pressure on the Taliban,” who will “perhaps return to the table” with another state of mind, he added, calling for “international support.”

The conference is held as clashes have intensified between the Taliban and the NRF forces led by Ahmad Massoud in Panjshir over the past week, leaving heavy casualties on both sides.