Ex-leadership of Afghan consulate in Turkey accused of embezzlement 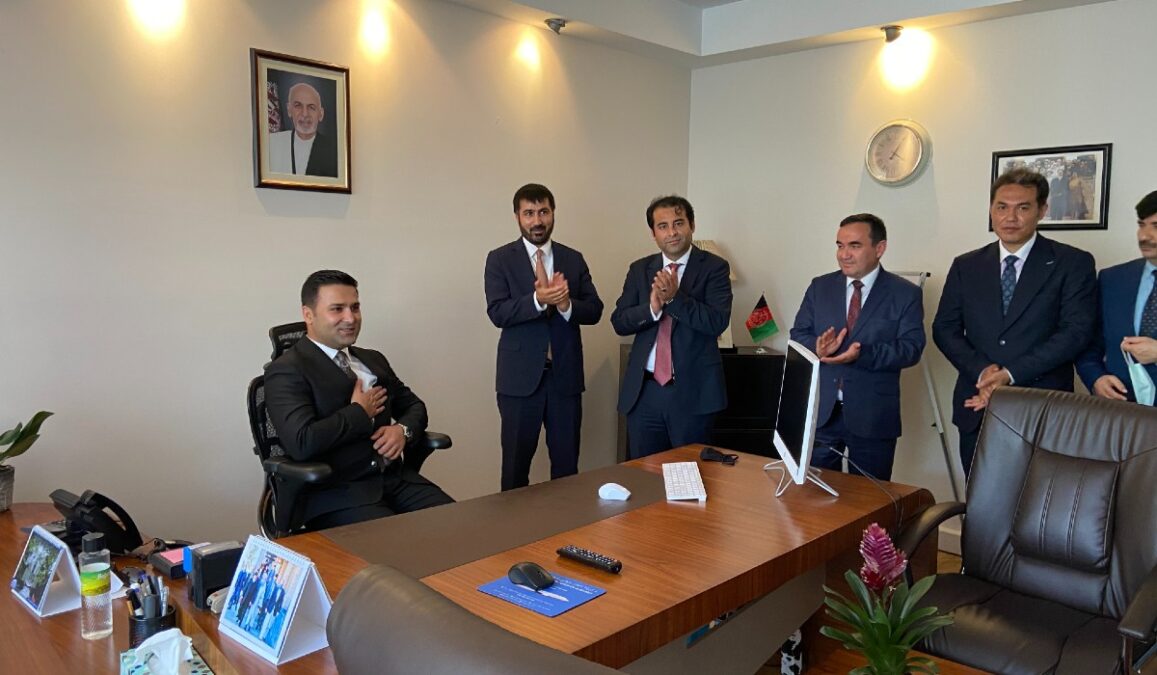 The former leadership of Afghanistan’s consulate in Istanbul, Turkey, is faced with accusations of misuse of incomes after its chairman, Zabihullah Hussainkhil, left his job, leaving the diplomatic office in crisis.

Hussainkhil told Amu on Saturday he was under pressure by the Turkish government to allow a Taliban representative at the consulate office or leave his job. After leaving his office, Husainkhil was accused of embezzlement of the incomes of the diplomatic office.

But he rejected the allegations against him and said he is ready to respond on this to “a legitimate future government.”

A source from Afghanistan’s embassy in Turkey told Amu that previously, the Taliban’s ministry of foreign affairs had agreed with the Turkish government to send two diplomats to Istanbul and one to Ankara.

But now, Amir Ramin, Afghanistan’s ambassador in Ankara, has picked Habib Ahmad Khinjani as the country’s general counsel in Istanbul, but the Taliban foreign minister Amir Khan Mutaqi in a letter this weekend appointed Abdullah Salehi, a foreign ministry employee, to the same post.

Salehi was appointed as acting head of Afghanistan’s consulate in Istanbul after Hussainkhil left his office last week.

Salehi did not provide more details on the matter, but said he has been working at the ministry of foreign affairs for 12 years and that this is his third foreign mission so far.

He added that he has been working in Afghanistan’s consulate in Istanbul for the past one and a half years.

Hussainkhil was appointed to the post in August 2021, according to Afghanistan’s consulate in Turkey.

Now it is not clear who will be picked by the Turkish government to lead the office.

Consulates are often main income sources of Afghanistan’s diplomatic offices outside the country. Considering the unprecedented increase in the number of Afghan refugees in Turkey, Istanbul was one of the biggest income sources for the Ministry of Foreign Affairs. This consulate had an annual income of at least $2.5 million.

Four sources from Afghanistan’s embassy in Turkey told Amu that after the fall of the previous government last August, Hussainkhil decided to stop adding the two consulate offices’ incomes to specified bank accounts.

Therefore, the sources said, the incomes of the two consulates were collected manually since last August.

The decision was due to possible freezing of Afghan embassy’s accounts in Turkey, the sources said, who wished not to be named in this report.

Another source from the Afghan consulate in Istanbul said that each deported Afghan refugee in Turkey was charged $10 in return to a deportation document. The money, the source said, was “totally illegal” and there was no official account for it.

Another source said that the consulate was promising to issue passports, taking $126 from each person for this purpose, but it never issued passports due to not having its booklets.

According to the source, at least 7,000 applications for passports renewal were processed during this time, collecting at least $880,000. This money also was not sent to any bank account.

This comes as no country has so far recognized the Taliban as a government after the fall of Kabul last August. Only Pakistan has allowed full operation by Taliban representatives at Afghanistan’s embassy in the neighbouring country, while other countries, including Iran, Turkmenistan, Russia and Uzbekistan, have only allowed the presence of Taliban diplomats but have not provided them full operation.