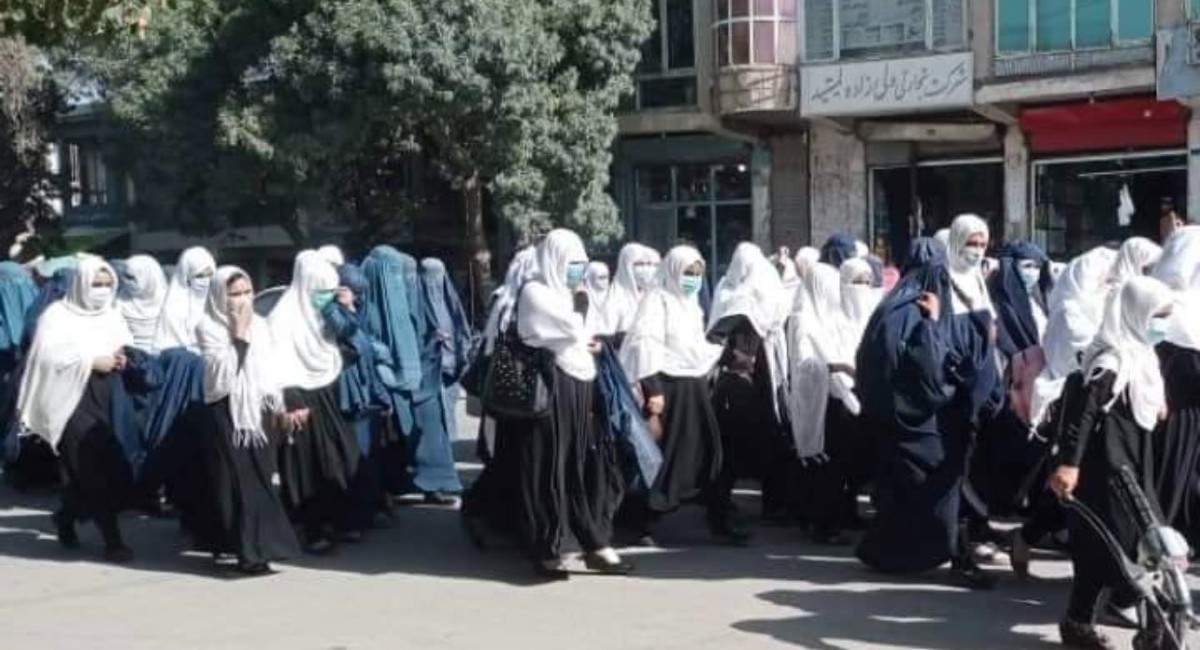 Dozens of girls held a protest in Paktia on Saturday morning over the closure of secondary schools in the province.

Secondary schools for girls were recently reopened in Paktia after a decision by tribal elders and local Taliban officials, but were closed once again.

Sources said that five secondary schools for girls were reopened in Paktia on August 20 but were closed once again on Saturday.

According to the sources, the heads of the five schools have been arrested by Taliban intelligence and have been taken to an unknown place.

“We were sent back to our homes,” a schoolgirl said while crying. “Why this happens to us? We are an oppressed part of society. We are women.”

Secondary schools are closed for girls across the country, except Kunduz and some other provinces, over the past year. Last year, the Taliban said it is working on a mechanism to reopen secondary schools for girls, but no step has been made in this regard so far.

The closure of schools in Paktia faced harsh criticisms by Afghans within and outside the country who asked the Taliban to make sure all secondary schools in Afghanistan are reopened for girls.