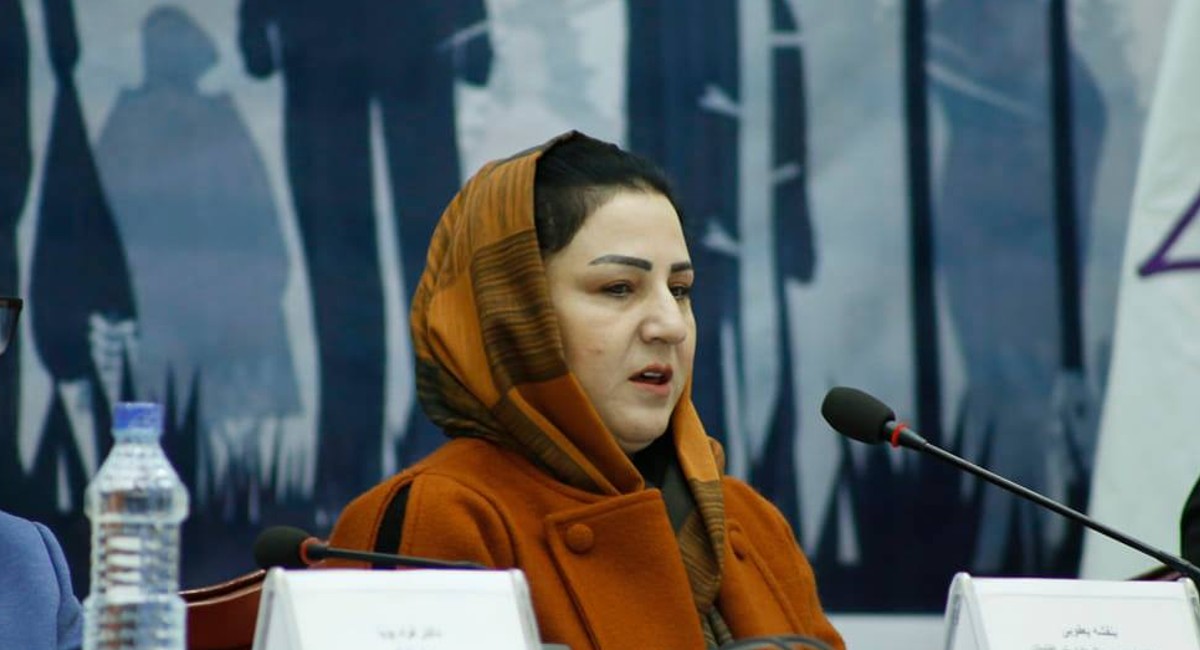 Benafsha Yaqoobi, an Afghan disability rights advocate, was honored as the recipient of the Human Rights Watch Marca Bristo Fellowship for Courageous Leadership in Disability Rights.

Yaqoobi worked for years as an attorney defending the rights of women who faced violence.

In 2008, she founded the Rahyab organization to provide education and rehabilitation for children with visual disabilities in Afghanistan and hosted a daily live TV show to raise awareness about disability rights.

Yaqoobi later served as a commissioner at the Afghanistan Independent Human Rights Commission, where she was active in shaping labor rights and disability rights in the country.

She co-drafted the commission’s proposed revisions to the 2013 Law on Rights and Privileges of Persons with Disabilities, as part of a revision process planned for 2022.

When the Taliban took control of the country in August 2021, she was forced to flee and was evacuated to the United Kingdom.

“Benafsha experienced firsthand what it’s like for a blind person to urgently flee and seek refuge with little to no assistance,” said Shantha Rau Barriga, disability rights director at Human Rights Watch. “She continues to advocate for Afghans with disabilities to no longer be an afterthought in humanitarian response.”

Now in exile, Yaqoobi continues to advocate for the rights of people with disabilities in Afghanistan, who she fears face even greater discrimination after the Taliban’s return.

The political situation has exacerbated pre-existing stigma and inaccessibility in the country, which has one of the world’s largest populations per capita of people with disabilities, in part due to its decades of conflict. Because of her work, the BBC included her in its list of 100 inspiring and influential women in the world for 2021.

“I want to use this fellowship as a way to advocate for people with disabilities all over the world, especially those who are living through conflicts and feel invisible,” Yaqoobi said.