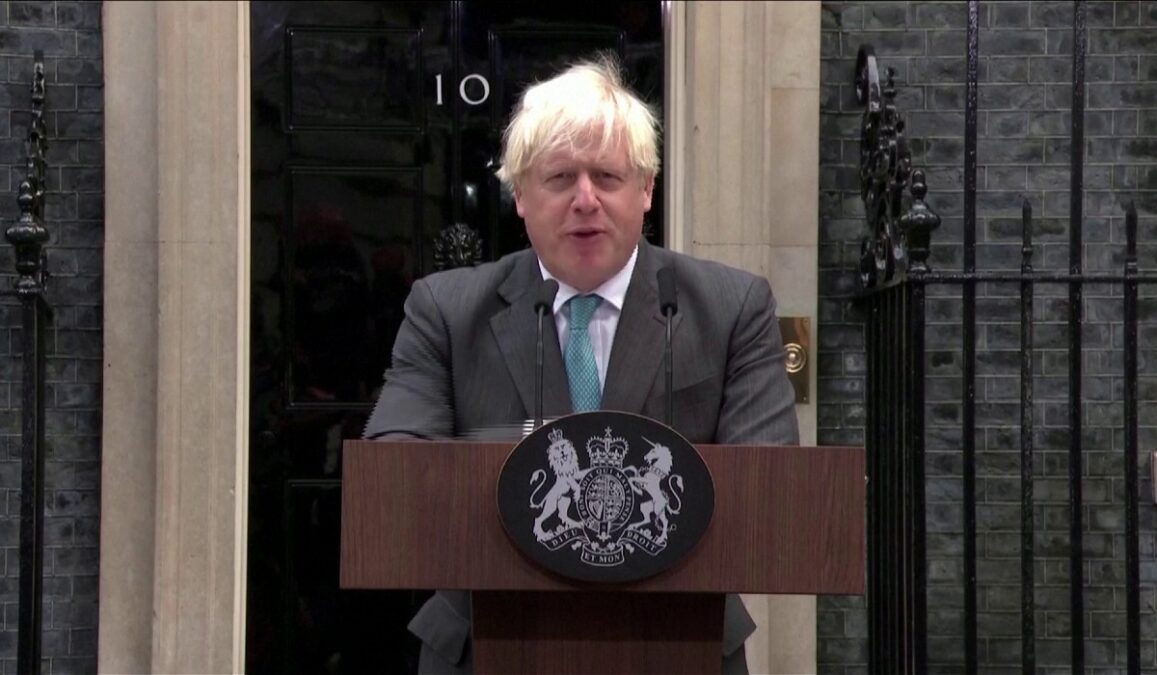 Boris Johnson left his Drowning Street office on Tuesday, ending a tumultuous three years in office, before heading to Scotland to formally offer his resignation to Queen Elizabeth II.

Johnson urged the country to come together and back his successor.

Truss will then be appointed prime minister and start to form a government.

Truss is tasked with steering Britain through a looming lengthy recession and an energy crisis that threatens the finances of millions of households and businesses.

Johnson used his departure speech to boast of his successes, including an early vaccine program during the pandemic and his early support for Ukraine in its battle against Russia, according to Reuters report.

Having refused to rule out a return to the top job one day, Johnson also indicated he was still bruised by the nature of his departure.

“The torch will finally be passed to a new Conservative leader,” Johnson said. “The baton will be handed over in what has unexpectedly turned out to be a relay race. They changed the rules halfway through but never mind that now.”