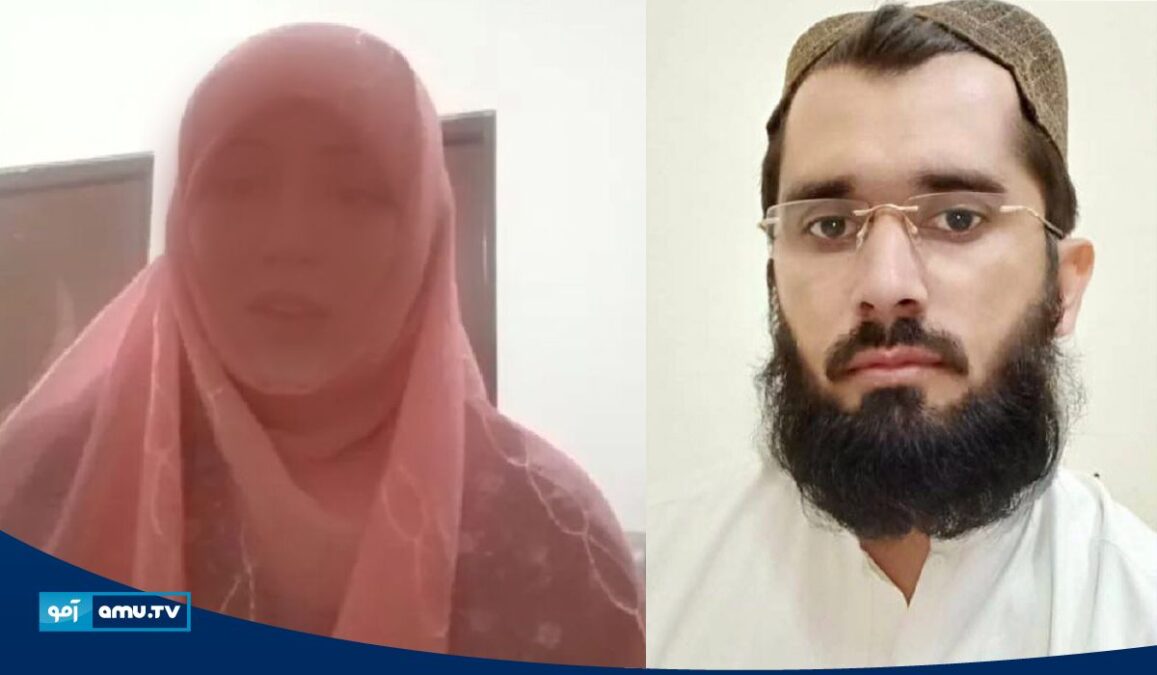 A video that rounds on social media for the last three days shows a young woman, Elaha Dilawarzai, claiming that she was forcedly married to Qari Saeed Khosti, the former spokesman for the Taliban’s interior ministry, in January.

The woman also claimed that she was beaten, tortured and raped by Mr, Khosti, who later rejected the allegations.

Mrs. Dilawarzai said in the video that during their time together, she had many failed attempts to flee from Mr. Khosti’s home. Her whereabouts are unknown now due to threats to her life following the release of the video.

Two more videos were also released on social media in the last 24 hours, showing an argument between Dilawarzai and Khosti, and Dilawarzai trying to take him out of her home using a stick or a shovel.

Khosti was hesitating to respond to the media on the issue few hours after the video was made public, but on Wednesday, he said in a tweet that he was married to Elaha Dilawarzai six months ago.

Khosti accused Dilawarzai of problems in her belief in Islam as well as disrespect to the Holy Quran. Khosti claimed that he tried to address the issue through discussion but it didn’t work.

Khosti rejected the allegations, saying they have parted their ways now. He apologized to the Taliban and the people for this marriage.

Khosti posted another tweet on Wednesday afternoon, saying he is ready to appear “at any court” to defend the allegations.

But Dilawari’s friends said the issue is something else and that the woman tolerated lots of torture and that her life is in risk right now.

Dilawari is the daughter of a former military general. She is a medical student.

An invitation letter from Khosti and Dilawari’s marriage, a copy of which has been received by Amu, shows their marriage date as May 27, 2022.

The Taliban’s interior ministry said the issue will be investigated.

Two women’s rights activists told Amu that Khosti has committed violation against Elaha and that the issue needs thorough investigation.

One activist said that the Taliban is using religious issues to derive people’s attention when it comes to such issues.