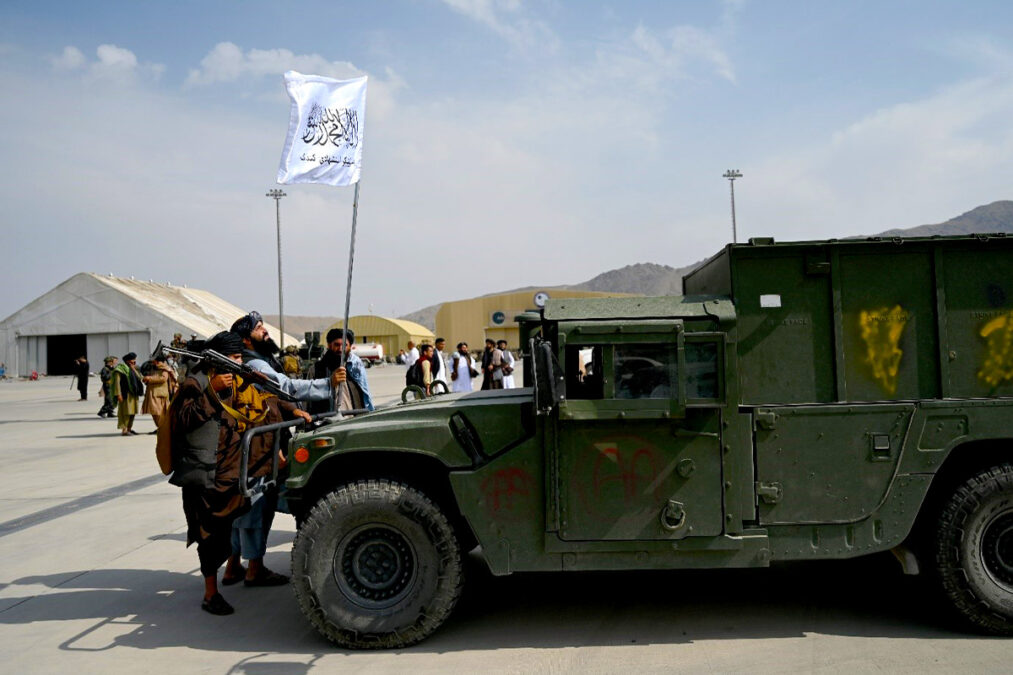 Taliban fighters near a military vehicle at Kabul Airport on August 31, a day after full withdrawal of US and coalition forces from the airport.

Taliban has announced Wednesday, Aug. 31, as public holiday to mark the withdrawal of last US troop from Afghanistan.

The announcement came from a Taliban spokesman, Inamullah Samangani, who said many events will be held to mark the day.

The group recently marked August 15 as public holiday, which corresponds to the fall of the republic government.

The United States Armed Forces completed their withdrawal from Afghanistan on 30 August 2021, marking the end of the 2001–2021 war.

Chris Donahue was the last American soldier to leave Afghanistan on Aug. 30 night. He was deployed to US missions at least 17 times, including four times to Afghanistan.

The US forces left the country at the end of the chaotic evacuation process through which tens of thousands of Afghans at risk were airlifted by international troops.

This comes as the Ashura and Nawroz holidays were removed from Afghanistan’s national calendar by the Taliban, something that faced harsh criticism by Afghans.