Taliban calls for foreign aid for flood victims in Afghanistan 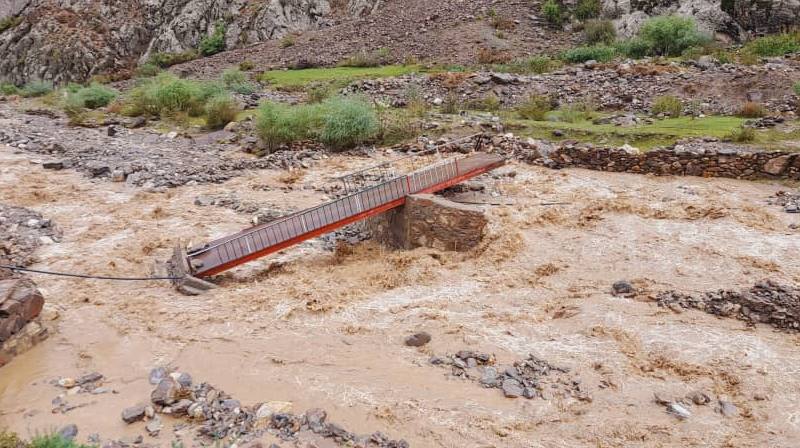 As the death toll from flooding in Afghanistan hit 192 this month, the Taliban on Saturday called for help from the international community.

Figures by the disasters management authority show that thousands of livestock have been killed and 1.7 million fruit trees destroyed in the flooding in various parts of the country.

“More than one million families need urgent aid from foreign countries, such as clothes, tents, and food,” Sharafuddin Muslim, the deputy head of the national disaster management authority told reporters.

Recent floods have affected thousands of families in different provinces, including Parwan, Panjshir, Kandahar, Nangarhar, Helmand and other provinces.

In Panjshir province in central Afghanistan, a main road connecting two districts was closed to traffic due to flooding for four days. Officials said it was reopened on Saturday.