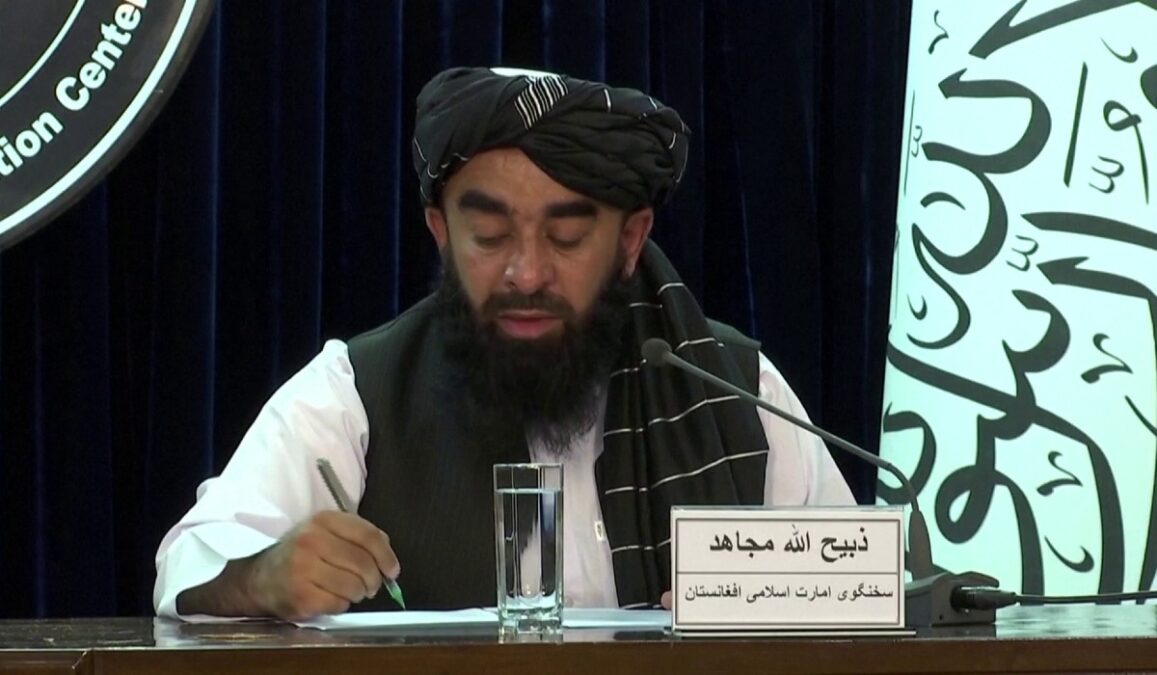 Taliban spokesman Zabihullah Mujahid at a press conference on Thursday, August 25, 2022, in Kabul.

The Taliban on Thursday said it has not found the body of al-Qaeda Ayman al-Zawahiri who was killed in a US drone strike in Kabul late last month.

The group’s spokesman Zabihullah Mujahid said they are continuing investigations on the matter.

“I must say about the allegation of Zawahiri’s presence, which remains as an allegation, the investigation is ongoing,” Mujahid said. “No body was found because the target was completely destroyed by the missile launched.”

The United States killed Zawahiri with a missile fired from a drone while he stood on a balcony at his hideout in downtown Kabul in July.

On August 4, the Taliban said in a statement that it did not have any information about al-Qaeda leader Aiman al-Zawahiri’s “return or stay” in Kabul, responding to US President Joe Biden’s earlier statement on killing Zawahiri in a counterterrorism operation in the Afghan capital.

Taliban has condemned the US drone attack in Kabul and warned that the US will be responsible for its consequences if such an attempt of “invasion on Afghanistan’s soil” is repeated.

Under the Doha agreement signed between the US and the Taliban in Qatar in 2020, the Taliban vowed to cut its ties with al-Qaeda and other terrorist groups.

Earlier this month, the former top US negotiator for the US-Taliban talks, Zalmay Khalilzad, said it seemed like the Haqqani network, which is an important element of the Taliban, did know about Zawahiri’s location in Kabul.

Khalilzad said that other Taliban elements “may have helped” the United States pin down the most-wanted US enemy in the heart of the Afghan capital, Kabul.