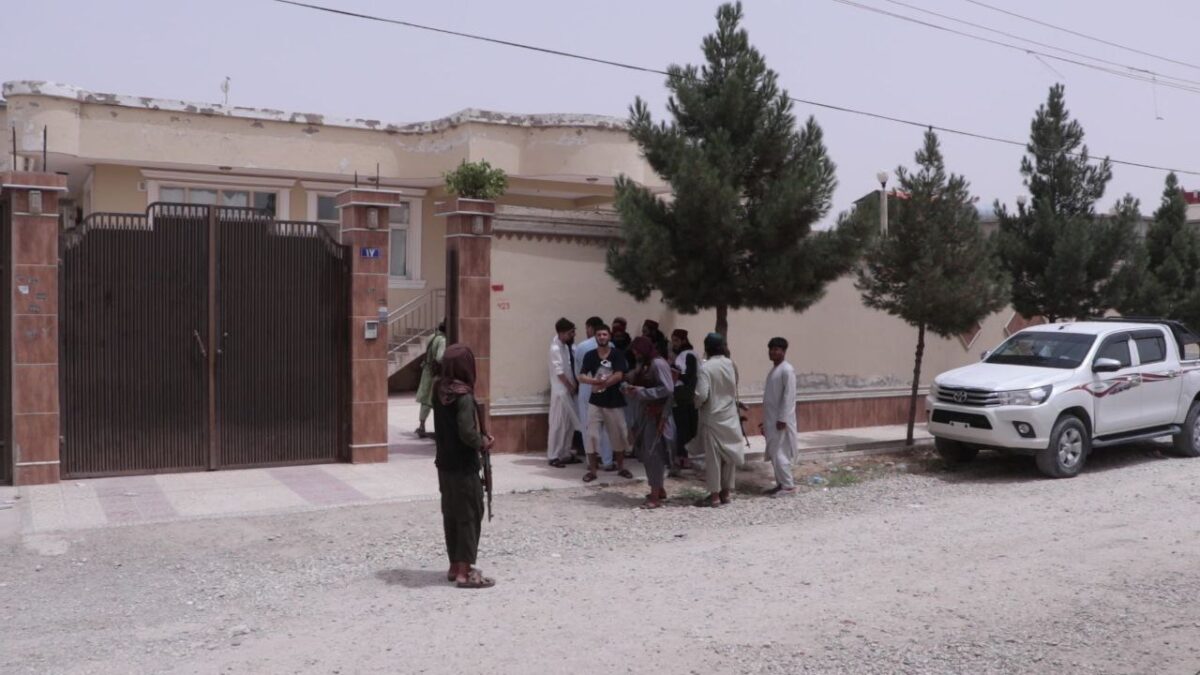 The Taliban started a house-to-house search campaign in the northern city of Mazar-e-Sharif, the center of Balkh province, early on Thursday morning, residents of the city said.

The searches started in Mazar-e-Sharif’s District 2 in Mohib Roundabout at around 5 am local time on Thursday, residents of the area said, adding that at least 10 houses were searched in the early hours after it started.

“It started this morning and they came to our house. No idea what are they looking for,” said Ahmad, a resident of District 2 of Mazar-e-Sharif city.

Moreover, the Taliban has increased the number of check posts in the northern city and has deployed its members in front of every street to search people and vehicles.

Taliban police command confirmed the house searches campaign, saying it is part of an effort to identify Daesh members and collect weapons issued by the previous government as well as illegal weapons.

Media outlets in Balkh have not been allowed so far to cover the house-to-house searches by the Taliban.

This comes as the Taliban arrested Qari Qadeer, former police chief for Khulm district, from his son-in-law’s house in District 10 of Mazar-e-Sharif city on Tuesday, August 23.

Commander Qadeer was released on Wednesday afternoon with the help of tribal elders, but he was killed on the way to the Khulm district in the Tangi Tashqurghan area.

A similar campaign was started by the Taliban in Kabul city, Afghanistan’s capital, in late February, and continued for weeks. At the time, the group’s spokesman said the move was to detect criminal activity.

The house searches by the Taliban in Kabul were criticized by some Western diplomats who said it had targeted ordinary citizens.

Taliban has denied Daesh activities in Afghanistan, particularly in Kabul and other major cities, but attacks claimed by the group in the last six months have killed dozens of civilians, including blasts at two mosques in the city of Mazar-e-Sharif in May and April in which at least 40 civilians were killed.