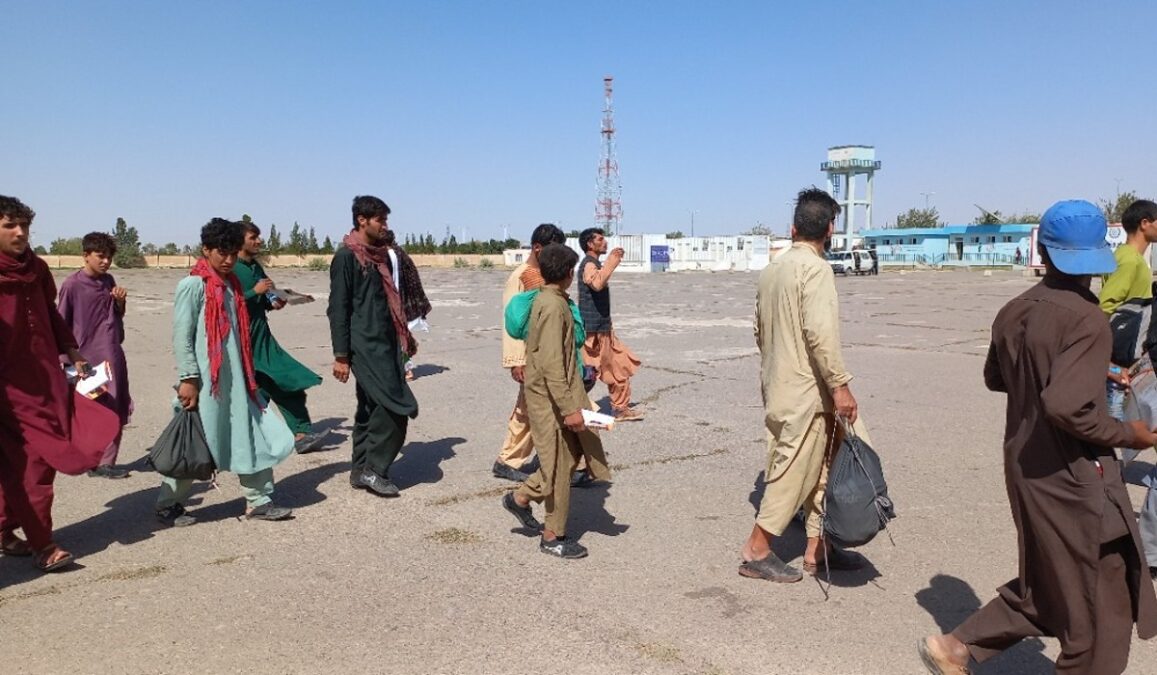 Some Afghan migrants in Turkey claimed that migrants from Afghanistan often face “inhuman and violent treatment” from the Turkish police in the last few months.

Footage on social media circulated in the last 24 hours shows a number of Afghan migrants mistreated by the Turkish police. Amu could not independently confirm the video and its date, but Afghan migrants said such incidents often happen in Turkey in recent weeks.

Abdullah, an Afghan citizen who has lived in Izmir for the last two months, said he faced “mistreatment” by Turkish police many times during this time.

“We came here to go to Europe, we came for security and to work but we’re faced with insults,” Abdullah told Amu. “We have not witnessed a normal day here… We would not have seen such an insult if we were in our own country.”

Ahmad Irfani, another Afghan migrant in Turkey, said he has been “mistreated” by Turkish police “many times” during the last two years of stay in different parts of Turkey, including Izmir city.

“We have spent weeks in prison along with groups of 15 people and we have been beaten up to the extent that we could not recover for weeks after that. I hope even one’s enemy would not witness such a situation,” said Irfani.

An Amnesty International researcher, Zaman Sultani, confirmed such incidents and said, “Violence, mistreatment and deportations of Afghan migrants in Turkey have been the concerns we have often shared and want an immediate end to it.”

He said some incidents have been documented in which Afghan migrants in Turkey have been tortured and beaten up by Turkish police.

“We have documented incidents of torture and beating of Afghan migrants,” he added.

According to him, Amnesty International will soon release its findings in this regard in a report.

Taliban recently said it will send a delegation to Turkey to assess Afghan migrants’ situation there.

Taliban’s deputy minister of refugees and repatriation recently said talks are underway with Turkish officials about Afghan refugees’ situation and their return to Kabul. But he added that no progress has been made in this regard so far.

“Our request from the Turkish government is to treat Afghan migrants and refugees based on international laws,” he said.

There is no exact figure on the number of Afghan migrants in Turkey, but the Turkish government has registered at least 120,000 migrants from Afghanistan.

Figures by associations supporting Afghan migrants in Turkey said that at least 40,000 Afghan refugees, 90% of whom were without their families, were sent back to Kabul through charter flights since January.

Figures by the refugees and repatriation ministry of Taliban show that nearly 623,000 Afghans have returned to the country from Iran, Turkey and Pakistan over the past year.

Lack of jobs, security and freedom is the main reason for which dozens of Afghans decide to leave the country through illegal ways every day.