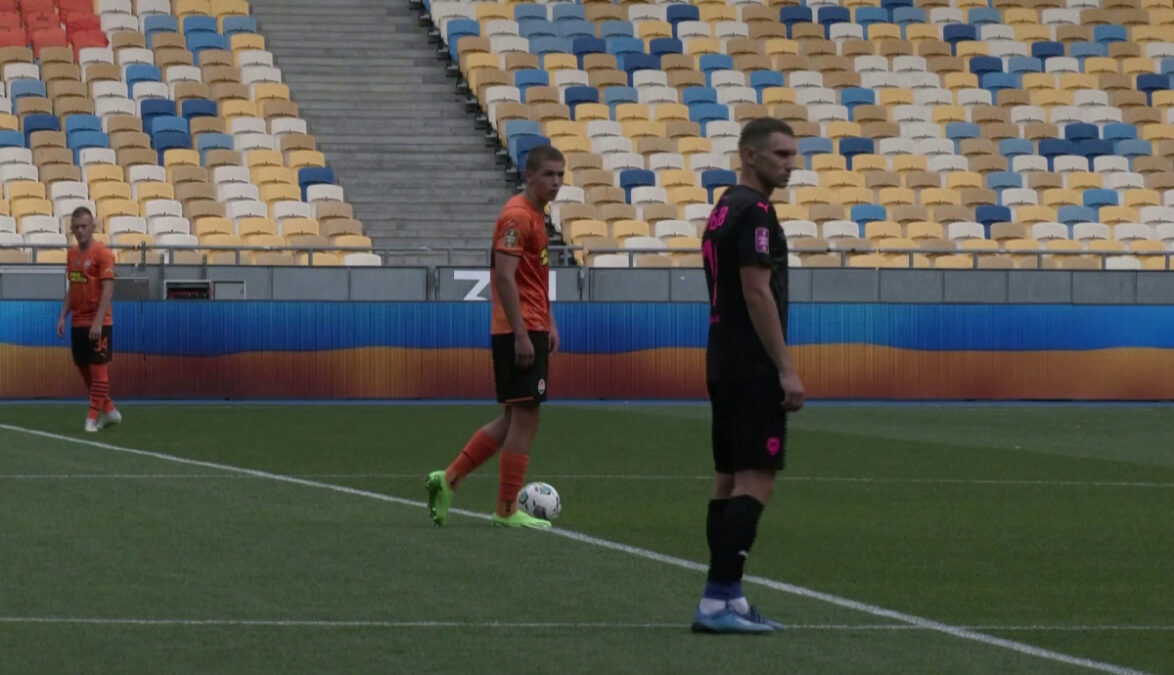 A football match was held between two national football clubs in Kyiv’s empty Olympic Stadium on Tuesday as Shakhtar Donetsk and Metalist 1925 played out a 0-0 draw as part of the country’s new Premier League season.

The opening match coincides with Ukraine’s Day of the National Flag and provides a further show of resistance following Russia’s invasion that led to a premature end to last season’s championship.

This also comes as the US Embassy in Kyiv warned of the increased possibility of Russian military strikes on Ukraine, asking US citizens to leave the city if they could.

It was a first competitive fixture in nine months for both teams, according to Reuters report.

The game was, at least, not interrupted by air-raid sirens, still a daily occurrence, according to the report.

Reuters report says the return of the 16-team local league provides a distraction for 90 minutes away from the bloodshed and ravages of a war that Russia calls a ‘special operation’.

“I would like there to be more people at the stadium, but it can’t happen yet because of the situation in our country,” said Azov Serviceman Yaroslav Holik as quoted by Reuters. “We can’t count on this, unfortunately.”