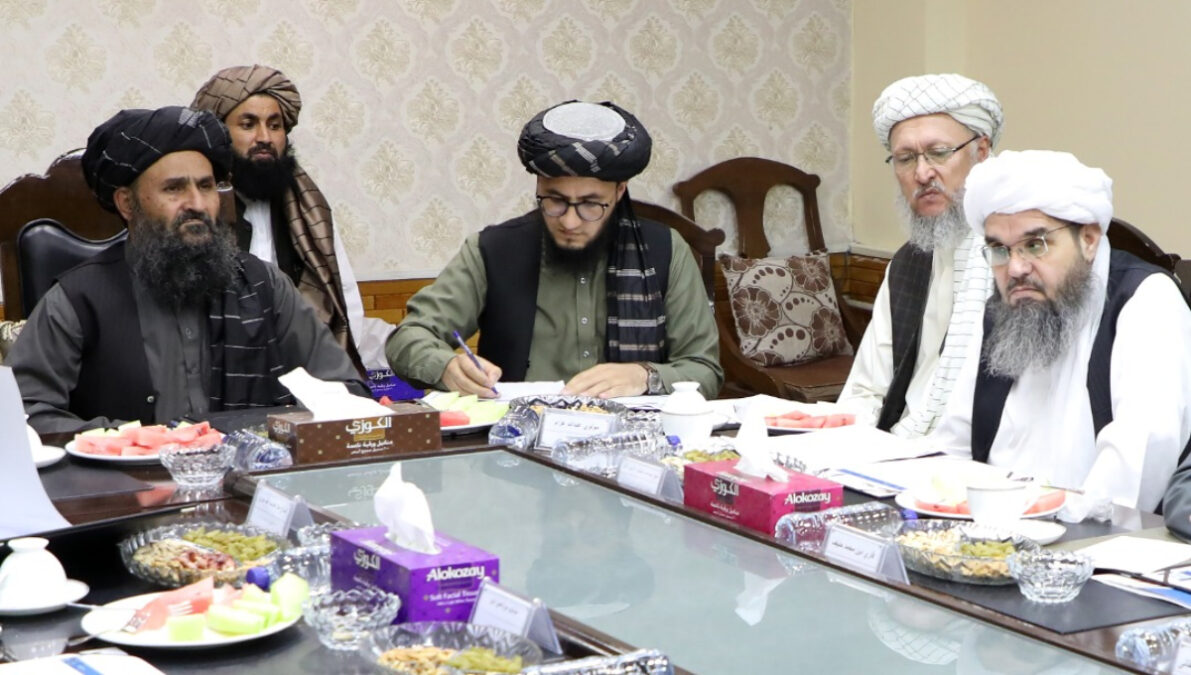 A group of women’s rights activists from Afghanistan has urged the United Nations Security Council to end travel exemptions on Taliban leaders as the UN body remains divided on a decision about the matter.

The Afghan Women Coalition for Change in a letter on August 21 said the Taliban has not changed when it comes to its treatment of women’s rights and freedoms.

Two members of the group on Tuesday told Amu that political pressures should continue on the Taliban to make sure the group changes its perspective on women’s rights and the rights of religious and ethnic minorities in Afghanistan.

“The Taliban acts in the past year show the group doesn’t have any commitment to the Doha agreement,” said Shokria Barikzai, a member of the group and a former Afghan MP. “I think the time has come to once again impose a travel ban on them.”

The women said in the letter that the restrictions by the Taliban will reverse the achievements of the last two decades and will “degrade” women to secondary human beings in families and society.

A women’s rights activist, Parwana Ibrakhimkhil, said the Taliban has increased its limitations on women instead of adhering to its commitments for their rights.

“We urge the UN Security Council to impose more limitations on the Taliban because the group has acted in contravention of its commitments,” Ibrahimkhil said. “The Taliban must be banned from traveling.”

Another activist, Sonia Nayil, said the international community should become more engaged in matters related to human rights in Afghanistan.

“The international community should seek a solution to human rights issues in Afghanistan through negotiations,” she said.

Members of the United Nations Security Council remained divided Monday over whether to exempt some Taliban leaders from a travel ban, diplomatic sources said.

Based on a 2011 Security Council resolution, 135 Taliban leaders are subject to a sanctions regime that includes asset freezes and travel bans.

But 13 of them benefited from an exemption from the travel ban, renewed regularly, to allow them to meet officials from other countries abroad, including during the peace negotiations with the US.

The 60-day exemption on Taliban leaders ended on Friday, after Ireland objected to its automatic renewal for another month.