At least 20 killed in floods in eastern Afghanistan 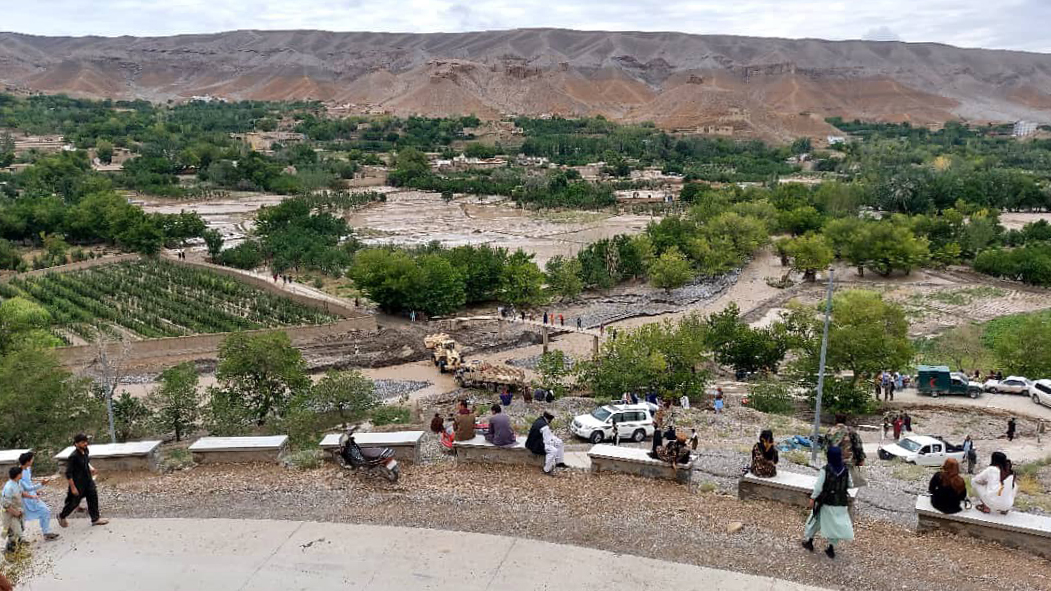 At least 20 people were killed and over 30 more were injured as flash floods swept parts of Khoshi district and Pul-e-Alam city in Logar in eastern Afghanistan following heavy rains on Saturday.

Nine children and two women are among those wounded, a Taliban spokesman Ahmadullah Anas said, adding that four people are missing.

He said that nearly 3,000 houses, over 50 kilometers of road, and over 60% of agricultural land in the area were damaged by the floods and at least 2,000 cattle were killed.

Taliban officials spoke about helping the affected families, but resident of Logar claimed they have not received any help so far.

Salim, a resident of Khoshi district, told Amu on Sunday that the floods destroyed his house and all his property.

“When the floods started, we could only save ourselves and we could not get anything else with us,” said Salim. “We have not received any help so far.”

But Taliban’s deputy chief for the disasters management authority, Sharafuddin Muslim, said they will soon build a camp for the affected families in Logar.

“Those who were trapped were evacuated by helicopter and cars. We sent 2,500 packages that included food, blanket and tents,” he said.

Floods also swept away a vehicle with all those in it in Maidan Wardak province on Friday and left heavy damages to the residents.

Figures show that more than 50 people were killed and over 100 others were injured in last week’s flooding in Parwan, Kapisa, Ghazni, Paktia, Zabul and Kandahar provinces.