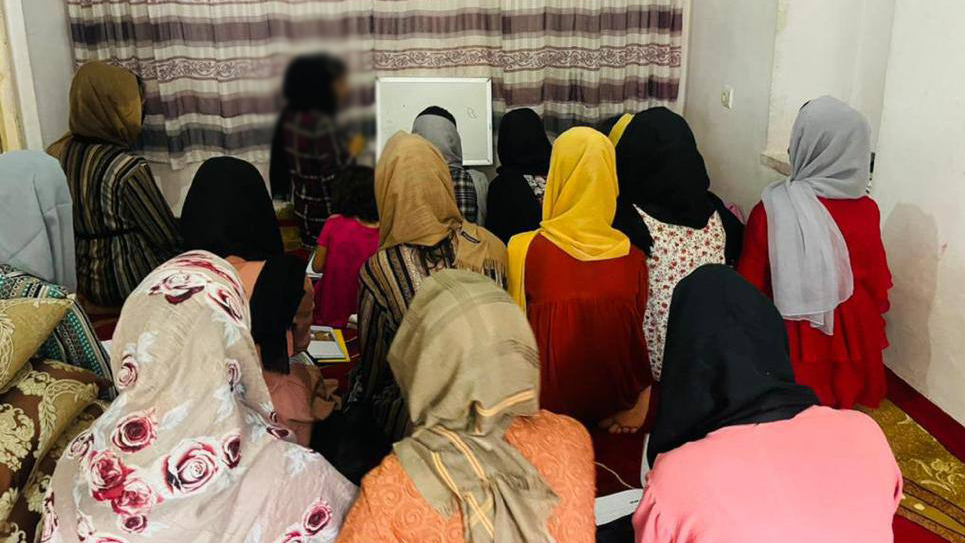 Saturday was the 337th day of secondary schools’ closure in the country. During this time, girls have been desperately waiting for the reopening of their schools, but it has remained a distant wish.

But a young woman, Hamidi, who is a fourth-year student at Kabul University, has started classes for a small group of girls who are away from schooling due to the ban by the Taliban on secondary schools. She is providing covert classes for at least 15 girls at her home.

The classes started last week where key school subjects are taught to the students. “I decided to strengthen the morale of girls by holding the classes,” she said.

The ban on girls’ education has faced harsh criticism by the international community as well as by Afghans within and outside the country, but the Taliban has said it is working on a mechanism to ensure the return of girls to school. So far, no step has been made in this regard.

“The new generation is the hope of Afghanistan… Efforts should be made to provide educational opportunities to them,” Hamidi said.

In his message on Independence Day on Friday, August 19, former President Hamid Karzai reiterated his call for the immediate reopening of secondary schools for girls.

UN figures show that around 3.7 million girls, including 1 million girls in secondary schools, were enrolled in Afghanistan’s schools in 2021.

Female students said many of them have been facing psychological problems due to being away from school.

“I was in the eighth grade when we were banned from schooling. I started to lose hope every day. The classes have created some hope for us,” said Farah Karimi, a female student.

“We’ve been faced with psychological problems following the closure of our schools,” Sana Momini, a student, said.

Such initiatives has been taken by many in various parts of the country with the aim of keeping the girls’ hope for education alive. However, they have kept doing it covertly over the fear of being threatened by the Taliban.

“As far as I know, Islam has not asked women to stay at home. I think this emirate is not Islamic,” Bahar Azimi, a student, said.