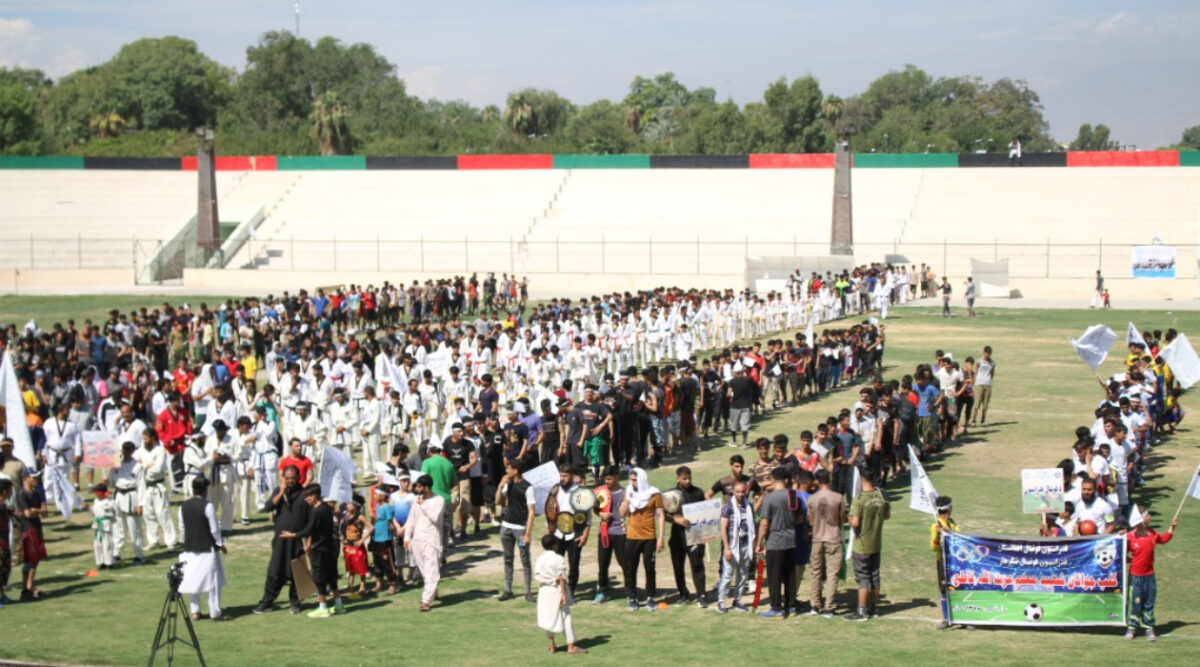 The 103rd Independence Day was marked in Kabul and some other provinces on Thursday, August 19, but in a silent way. Key members of the group attended an event on the occasion at the defense ministry compound in downtown Kabul and laid wreath at the freedom minaret in Wazir Akbar Khan.

“The enemies want to create rift between the government and the nation by conducting ethnic, lingual and religious plots,” he said.

Taliban spokesman Zabihullah Mujahid in a statement on Thursday congratulated the day to the people, but king Amanullah’s name as not mentioned in it.

“Security and an Islamic system is ensured countrywide,” the statement reads, calling the current administration an “independent government.”

Analysts said Afghanistan has entered a “big crisis” under the Taliban rule in which the country’s independence has been undermined.

“Countries in the region are seeking to get their own benefit from Afghanistan and everyone wants part of it to be included in their own territory,” said Noorullah Raghi, an analyst. He added that dancing and celebrating for the Independence Day “is a waste of time.”

Another analyst, Torek Farhadi, said the independence of Afghanistan is a bridging point for Afghanistan’s people, no matter wherever they are.

“The lessons we learnt in the last 20 years where the government was not independent in all its decisions can be used for Afghanistan’s future,” he said.

The Taliban spokesman Zabihullah Mujahid did not mention Amanullah Khan in his statement but local Taliban members in Nangarhar and Badakhshan called Amanullah a hero.

Former President Hamid Karzai congratulated the Independence Day and reiterated his call on the Taliban to reopen secondary schools for girls.

King Amanullah who led Afghanistan to independence from the United Kingdom with the people’s cooperation in 1919. Amanullah was the first ruler in Afghanistan who gave liberty to women, allowed them to attend school and attempted to modernize the country.

In the last two decades, the Independence Day was celebrated by governments and the public, but this year’s celebration was muted.