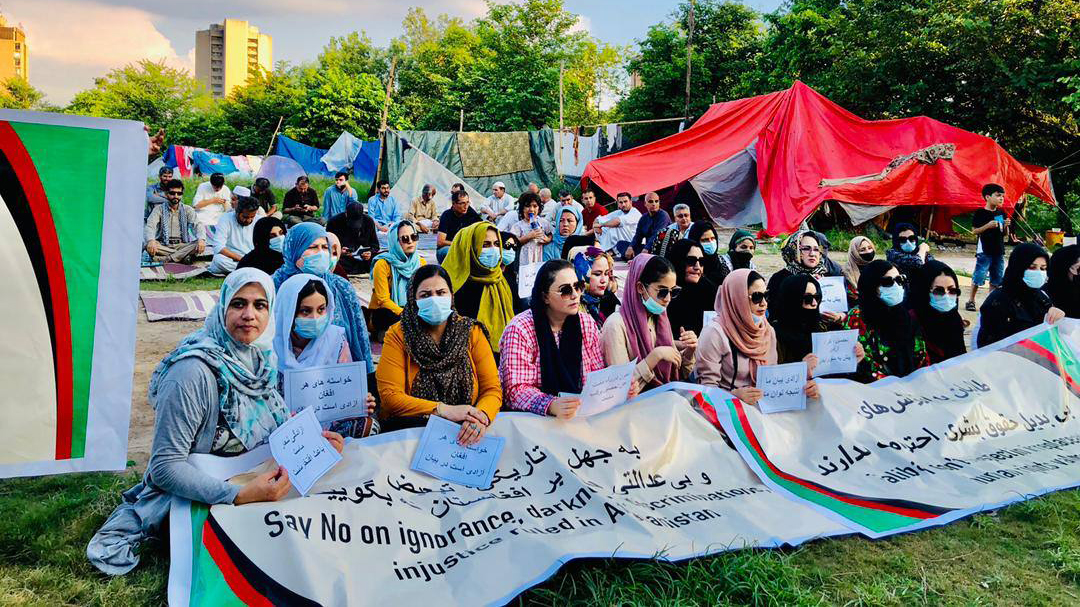 A group of women from Afghanistan held a protest in Islamabad, the capital of Pakistan, on Thursday where they asked the international community to avoid any type of relation with the Taliban as the group has taken Afghanistan towards “isolation and darkness” over the last year.

“It is one year that Afghanistan is dominated by ignorance and discrimination and the Taliban has taken our country towards complete darkness, isolation and poverty and has endangered the existence of a united country,” said Samira Khamosh, a protesting Afghan woman.

In the past week, Afghan women have protested twice in Pakistan. Earlier, a group of women protested in Kabul, but the protesters were dispersed after Taliban soldiers opened fire.

“Afghanistan’s independence has been undermined under the Taliban rule,” another protestor, Farzana Ayubi said. “The world should not recognize the Taliban.”

Protestors called on the international community to put pressure on the Taliban to reopen secondary schools.

“Our protests will continue until the international community listens to our voice and puts pressure on the Taliban,” said Qudsiya Ataee, a protestor.

Girls’ secondary schools have been closed since March. In the meantime, thousands of women have lost their jobs under Taliban rule, including female journalists.

Taliban officials have pledged to announce a new mechanism for reopening secondary schools for girls, but so far no action has been taken.