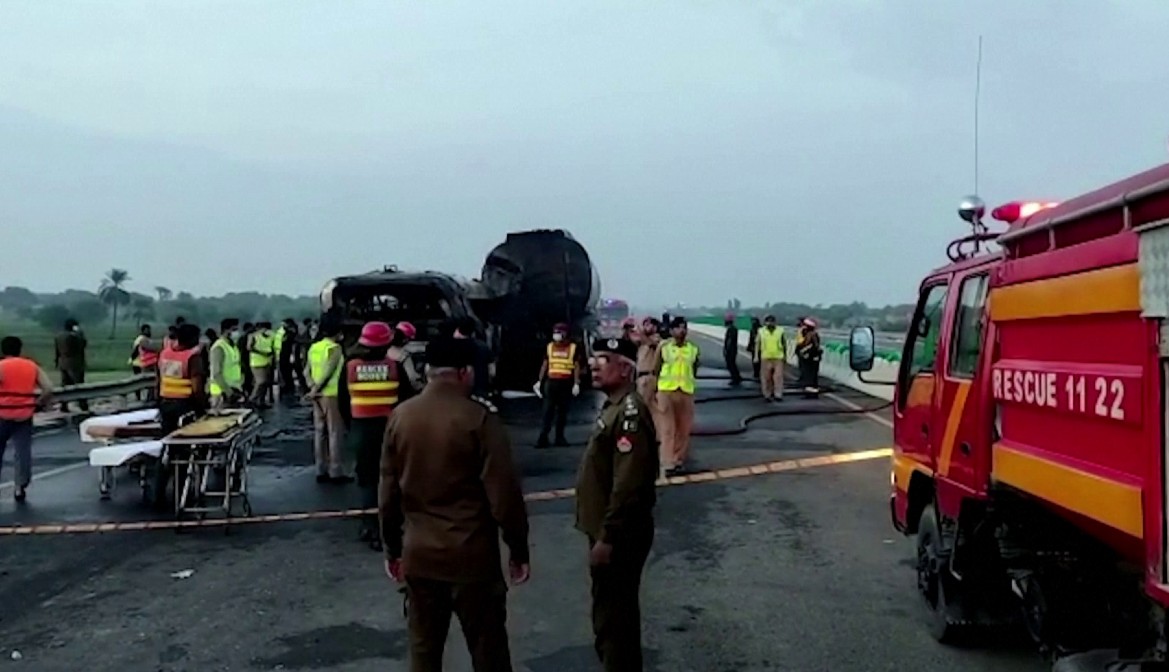 Twenty people were killed when a speeding bus collided with an oil tanker in Pakistan, police and rescue officials said on Tuesday.

Quoted by Reuters, police official Imran Shaukat said the incident happened near the central city of Multan as three buses that were “racing” and one of them rammed into an oil tanker.

The crash triggered a fire that engulfed both the tanker and the bus, he said, adding that the oil tanker was burnt beyond identification to determine which company it belongs to.

The operator of the bus was identified as the Daewoo bus company, according to Reuters report. An employee who answered the phone at Daewoo’s Lahore office confirmed that its bus was involved in the incident and that the driver was among the dead, the report added.

The dead and the injured had been transported to Nishtar Hospital in Multan. Six passengers survived, an official of the rescue service said as quoted by Dunya TV.