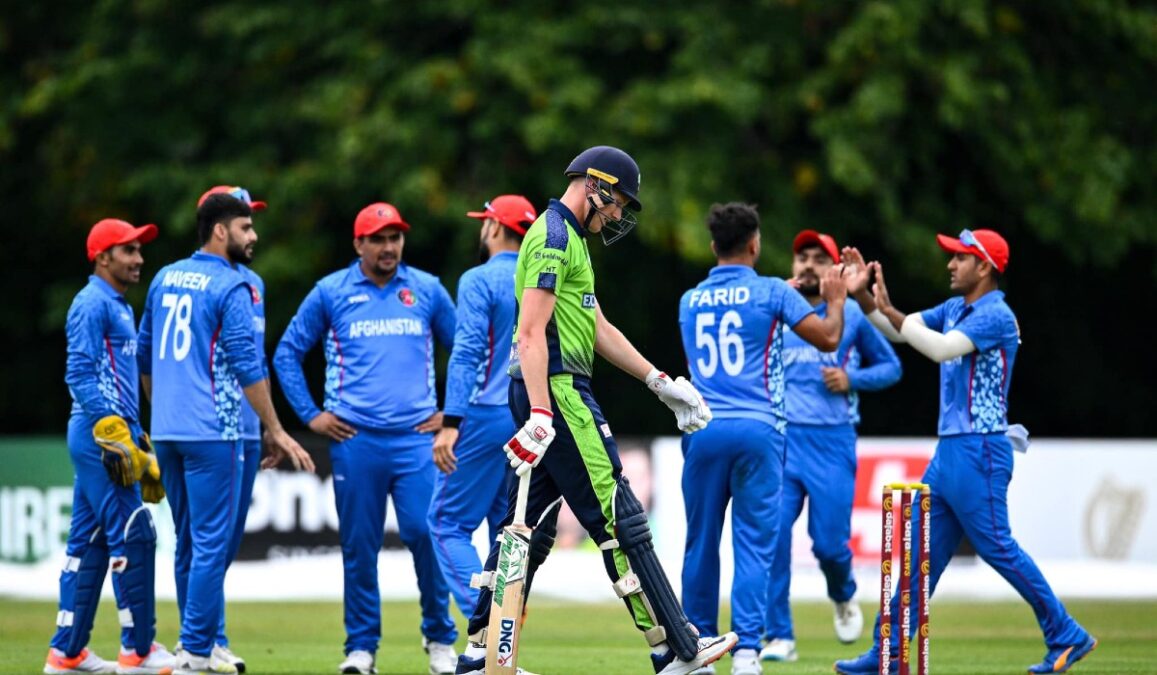 A good partnership between Najibullah Zadran and Rashid Khan who made 50 runs off 18 balls followed by a collective bowling effort helped Afghanistan level the series, in a rain-reduced 11-over match in Belfast. With this win, the five-match series is now tied 2-2.

The last match of the series is set to take place on August 17.

The Monday match was delayed by two hours after rain. Najibullah and Rashid carried Afghanistan to 132 for 6.

Ireland then struggled in their 133-run chase and was bowled out for 105. Fareed Ahmad of Afghanistan took three wickets and Rashid and Naveen-ul-Haq picked up two.

In this match, Rashid Khan was named player of the match for his marvelous show (31* (10) and 2/21) with the bat and ball, but he dedicated his award to Fareed Ahmad (3/14), who bowled a match-turning spell on Monday.