Afghan journalists in exile: Freedom of speech has died in Afghanistan 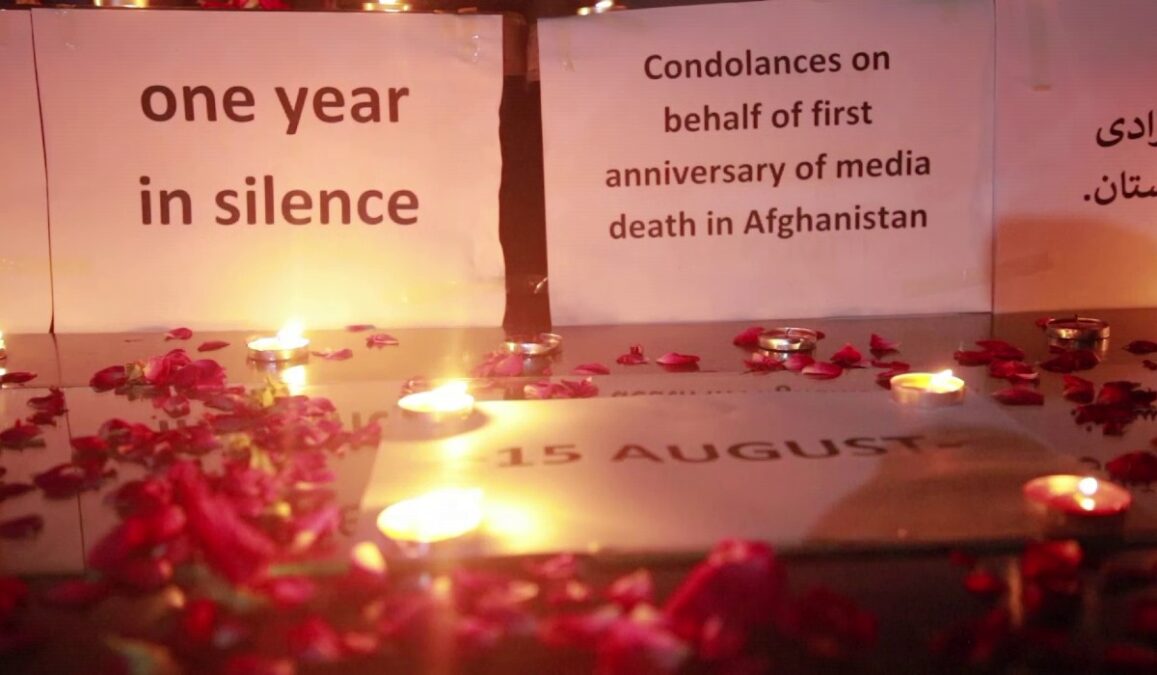 A group of Afghan journalists in exile in Pakistan at an event on Saturday said they are marking the first anniversary of “the death of freedom of speech” in Afghanistan, asking the international community to pay attention to the media situation in the country.

Abdullah Hamim, a journalist, told Amu that “freedom of speech and expression has died in Afghanistan” and journalists cannot work freely and without fear.

“Today is the first death anniversary of the freedom of speech in Afghanistan,” Hamim said. “With the fall of the previous government, achievements in this regard were removed, and journalists were tortured, threatened, lost their jobs and migrated.”

Sodaba Nasiri, another journalist, said women have been sidelined in Afghanistan under Taliban rule.

The journalists said that after the Ukraine war, the international community started to forget Afghanistan and its people.

“We will continue our peaceful demonstration until the world pays attention to freedom of speech and journalists in Afghanistan,” said Abdullah Walizada, an Afghan journalist.

“Once the freedom of expression and media was our pride but unfortunately, today, we are witnessing the death of the media. We are witnessing that journalists have no right to report on violations and injustice,” said Hamida Lisani, an Afghan journalist.

This comes as Reporters without Borders, or RSF, in a report on August 12 said that a year after the Taliban takeover of Afghanistan, there has been a 39.59% reduction in the number of media outlets and a 59.86% decrease in the number of journalists working in the country.

“Journalism has been decimated during the past year in Afghanistan,” RSF secretary-general Christophe Deloire said.

Women have suffered most in the carnage inflicted on Afghan journalism in the past year and have disappeared completely from the media landscape in 11 of Afghanistan’s 34 provinces – Badghis, Helmand, Daikundi, Ghazni, Wardak, Nimroz, Nuristan, Paktika, Paktia, Samangan and Zabul, the report says.

RSF finds that of the 2,756 women journalists and media workers employed in Afghanistan prior to 15 August 2021, only 656 are still working. Of these, 84.6% are working in the Kabul region.

The report says that a year after the fall of Kabul, 76.19% of women journalists are no longer working in the country. Accusations of “immorality or conduct contrary to society’s values” are widely used as pretexts for harassing women journalists and sending them home.