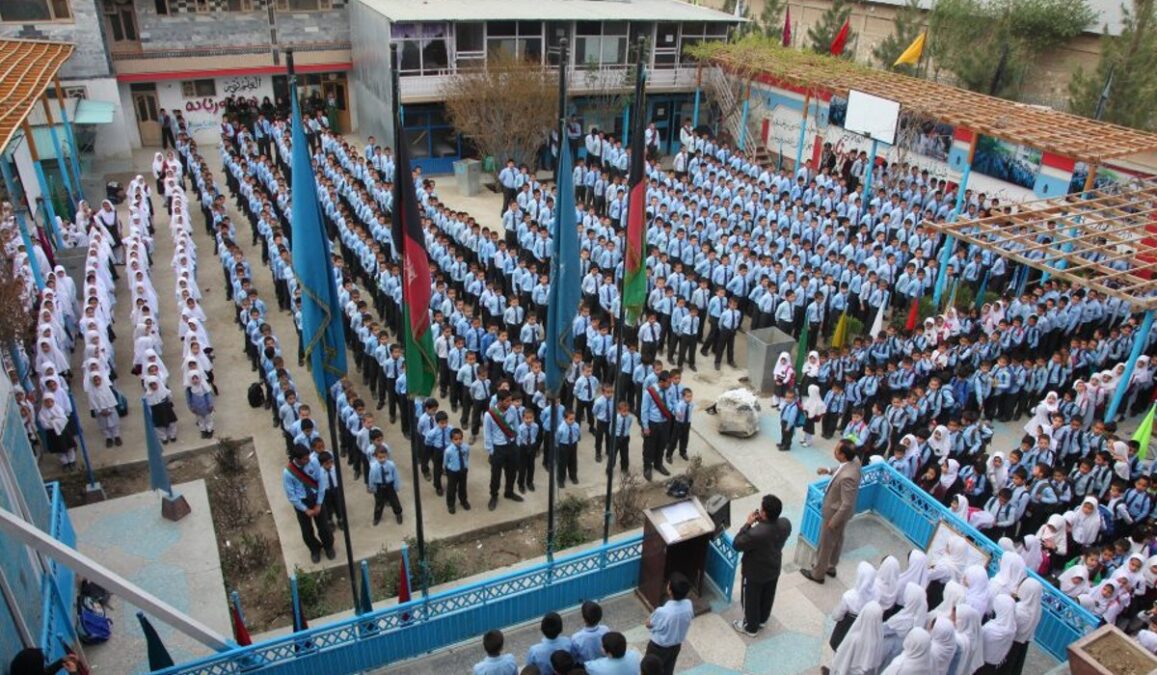 A private school in Kabul in 2021. Photo: Ministry of Education.

Sources confirmed that more than 200 schools have been closed countrywide for various reasons since last August after Taliban takeover of Afghanistan amidst concerns over ban on girls schooling in the country.

Private schools were a better place of education for many Afghans under the previous government, and also a good source of income for young teachers who were employed by such education centers.

The ban on girls’ schooling, economic challenges, migrations and a recently imposed “high tax” by the Taliban on private schools are the main reasons for their closure over the course of the past 12 months.

“There was a sudden 30% decrease in the number of students after the (Taliban) ban on girls’ schooling,” a source said, adding that 45 of the closed private schools are located in Kabul’s District 12 in the east of the city, including the Ahmad Shah Baba Mina area.

The schools used to pay nearly 100 million Afs (over $1.1 million) in annual tax to the government, according to the union of private schools.

Fazil Aryaee, who had two private schools in Kabul, said he had to close one of them over economic issues.

“People are faced with huge economic problems and they cannot afford to pay the expenses of their children’s education,” he said. “The reduction in the number of students and a decrease in people’s trust in education will damage this sector.”

Some parents said they changed their children’s admission to public schools as they cannot pay for their education in private schools.

“We don’t have food for eating; how can we afford the expenses of our children’s education at a private school?” she asked.

A Taliban spokesman, Aziz Ahmad Riyan, said there are at least 3,000 private schools in the country.

Taliban has been under criticism for banning secondary education for girls. The group has said it will soon announce a new mechanism for the return of girls to secondary schools, but no progress has been made on this so far.