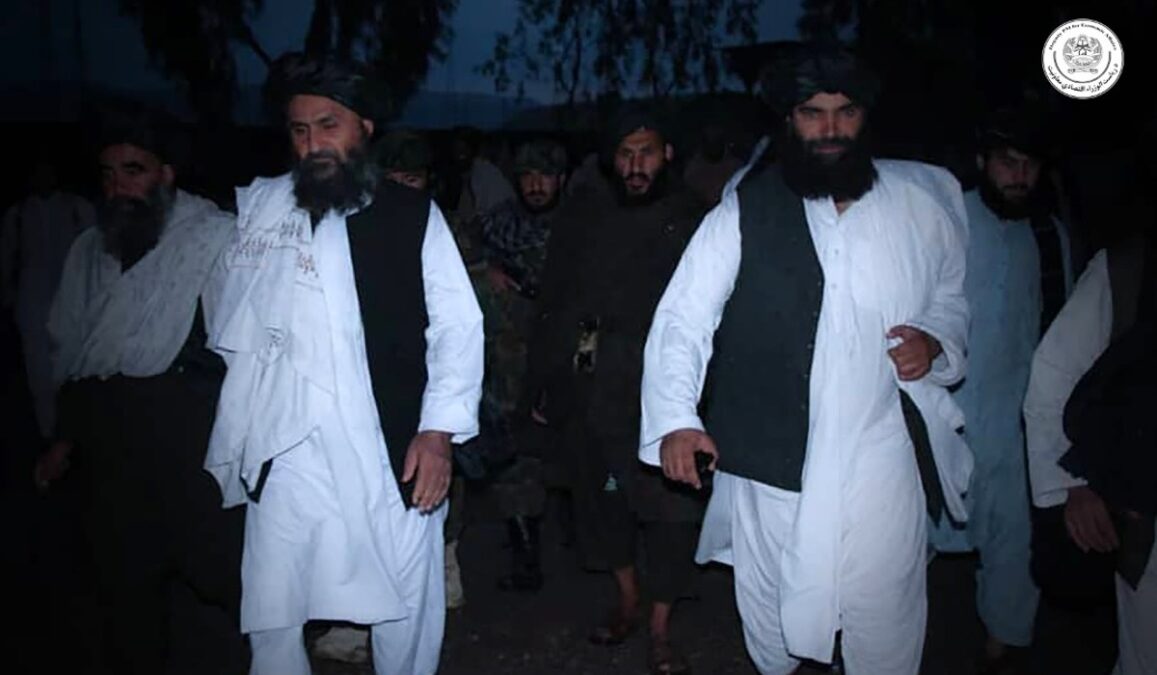 The Taliban has broken multiple pledges to respect human rights and women’s rights since taking over Afghanistan a year ago, Human Rights Watch said in a statement on Thursday, describing one year under the rule of the group as “catastrophic.”

The watchdog says that after capturing Kabul on August 15, 2021, Taliban authorities have imposed severe restrictions on women’s and girls’ rights, suppressed the media, and arbitrarily detained, tortured, and summarily executed critics and perceived opponents, among other abuses.

It also says that the economy has collapsed, largely because governments have cut foreign assistance and restricted international economic transactions.

The HRW says that more than 90 percent of Afghans have been food insecure for almost a year, causing millions of children to suffer from acute malnutrition and threatening serious long-term health problems.

Since taking power, the Taliban has imposed rules that comprehensively prevent women and girls from exercising their most fundamental rights to expression, movement, and education, and affect their other basic rights to life, livelihood, health care, food, and water.

“They have prohibited women from traveling or going to their workplace without a male family member accompanying them – an impossible requirement for almost all families – and barred them from many jobs. The Taliban have denied almost all girls access to secondary school,” the report says.

The watchdog suggests that foreign governments should ease restrictions on the country’s banking sector to facilitate legitimate economic activity and humanitarian aid, but the Taliban also need to curtail rights abuses and hold those responsible for abuses to account.

“The Taliban should urgently reverse their horrifying and misogynistic decision to bar girls and women from secondary school,” Abbasi said. “This would send a message that the Taliban are willing to reconsider their most egregious actions.”

Acute hunger is pervasive across Afghanistan, even though food and basic supplies are available in markets throughout the country, Human Rights Watch said.

Almost 20 million people – half the population – are suffering either level-3 “crisis” or level-4 “emergency” levels of food insecurity under the assessment system of the World Food Programme (WFP), the organization says.

HRW adds that over one million children under 5 – especially at risk of dying when deprived of food – are suffering from prolonged acute malnutrition. The WFP reported in June that tens of thousands of people in one province, Ghor, had slipped into level-5 “catastrophic” acute food insecurity, a precursor to famine.

Overall, Afghans have been suffering from some form of food insecurity since last August, skipping meals or whole days of eating and engaging in extreme coping mechanisms to pay for food, including sending children to work.

The humanitarian situation would be even worse had the UN and other aid providers not substantially increased their operations in 2022, Human Rights Watch said.

“After a year in power, Taliban leaders should recognize the catastrophe they have created and reverse course on rights before more Afghans suffer and more lives are lost,” Abbasi said.

Taliban has been under harsh criticism for closing secondary schools for girls. The group has said it will announce a new mechanism for the return of girls above grade 6 to their schools, but this has not happened so far. The Taliban has been accused of human rights violations in recent reports by the UN and Amnesty International, but its officials have rejected such findings as baseless.