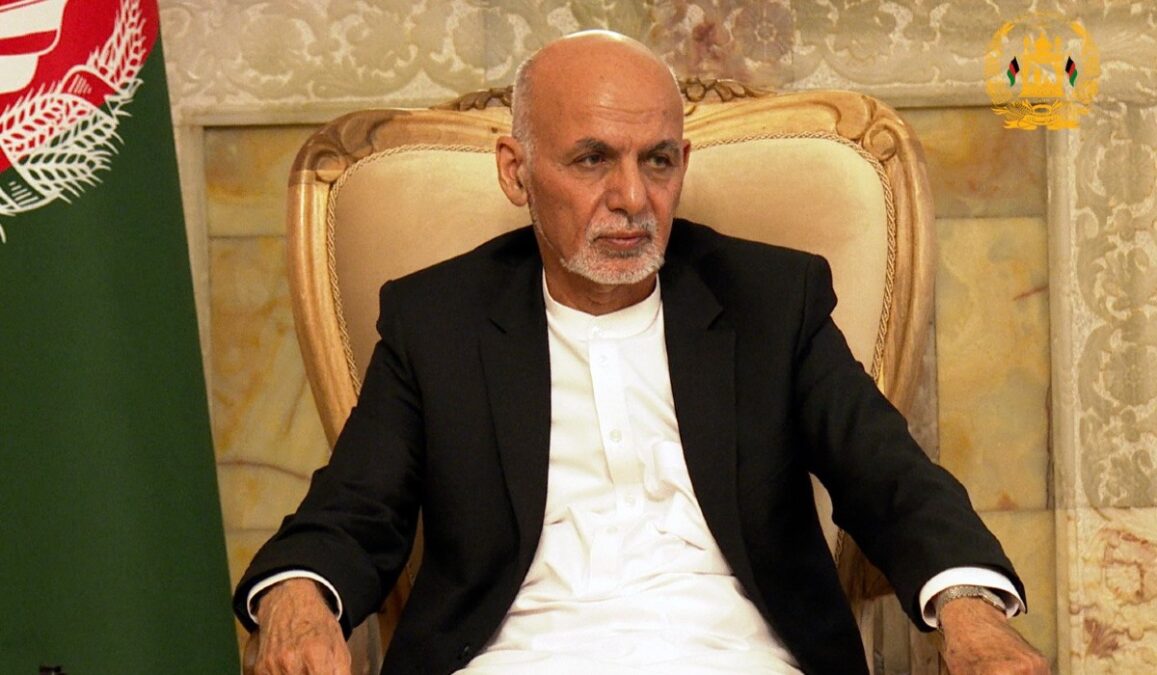 A much-anticipated report by the US Special Inspector for Afghanistan Reconstruction (SIGAR) investigates whether former president Ashraf Ghani and his top aides took millions in US aid cash with them when they fled the country on a fleet of four helicopters last August.

The watchdog has investigated the matter for the past year and released its findings on Tuesday in a report titled “Theft of Funds from Afghanistan: An Assessment of Allegations Concerning President Ghani and Former Senior Afghan Officials,” which comes to no clear conclusions about whether Afghan leaders robbed big amounts of money as they fled the country and abandoned it to the Taliban.

During its presence in Afghanistan, the US provided a big part of the Afghan military’s budget. At least $200 million was allocated to just two controversial contingency budgets, money that SIGAR concludes “had earned a reputation for being slush funds disbursed with minimal oversight.”

According to the SIGAR report, two officials, the Afghan ambassador to Tajikistan and another at the Russian embassy in Kabul, contended shortly after Ghani and his entourage fled the country that there was $169 million on their custom-built Soviet helicopters.

The SIGAR hasn’t found if that is true but does not seem sure it was that much since that “amount of cash would have been difficult to conceal.”

The report explains that in $100 bills, $160 million would have weighed about two tons and formed a block 7.5 feet deep, 3 feet wide, and 3 feet tall. Since the helicopters didn’t have separate cargo holds, the cash would have been visible in the cabin next to the passengers.

SIGAR says no eyewitnesses said they saw such a large block of money, hence, the investigators are uncertain of the $169 million figure.

The report mentions the difficulty of using Ghani’s armored Land Cruisers to transfer the two tons of cash to the helicopters.

The report says that the hot weather and Kabul’s high altitude meant that the fully fuelled helicopters required reduced payloads. A former SIGAR “senior official” is quoted in the final report saying, “It’s not easy to move that much money.”

Presidential Protective Service (PPS) chief Kochai’s suitcase carried the monthly discretionary cash budget for PPS, approx. 20 million Afghanis ($250,000 at the time), which was retrieved from the PPS office as they prepared to depart, the report says.

Once airborne, Mohib asked this official if these bags had made it on board. When Mohib heard the bags were left to make room for passengers, he said, “Oh, that’s not good—there was money in the bags,” according to a witness, cited in the SIGAR report.

To carry $169 million might not be easy but that doesn’t mean it didn’t happen. SIGAR tries hard in its final report to dismiss the amount.

Afghanistan’s National Directorate of Security (NDS) had an annual budget of $225 million, and tens of millions of that was in cash, according to the report. The money was supposed to support anti-Taliban militias and buy the loyalty of key warlords and power brokers.

The report quotes a senior Afghan official as saying that by August 2021, the NDS had $70 million in cash reserves. The day before Ghani and his top aides left the country, “this cash reserve of US dollars disappeared from the NDS vault,” SIGAR says.

There was only a small amount of money there when the Taliban arrived the next day, the report says. Some former Afghan officials said the cash was intact and given to the Taliban, who later stole it. It might be a good excuse for the missing money but there’s no evidence to support the claim, the report says.

One official in a different Afghan department that was flush with about $39 million in cash was offered half that money if he turned the rest over to government colleagues.

The fate of tens of millions in cash at the NDS

The SIGAR report does not provide a clear image of this. It doesn’t even know if the money was US government funding since it “has never been privy to the NDS budget.”

“Media and academic accounts have suggested that the CIA historically funded the NDS,” SIGAR concluded.

According to the report, Ghani refused an interview with US investigators, instead directing them to submit written questions to his legal representation, a top criminal defense lawyer, Reid Weingarten, senior partner at Steptoe, a prestigious Washington firm.

SIGAR said that while fleeing government officials took as much cash as they could carry, they were limited by the “payload and performance limitations of the helicopters.”

It adds that it is “unlikely to be true” that Ghani and his aides managed to pack tens of millions in cash on their escape to Uzbekistan. More likely, it might have been as little as $500,000.

“Since undeclared cash leaves no paper trail,” investigators had to rely on eyewitnesses instead of documentary evidence, the report said.

The report concludes that “it remains a strong possibility that significant amounts of US money disappeared from former Afghan government property in the chaos of the Taliban takeover, including millions from the presidential palace and the NDS.”