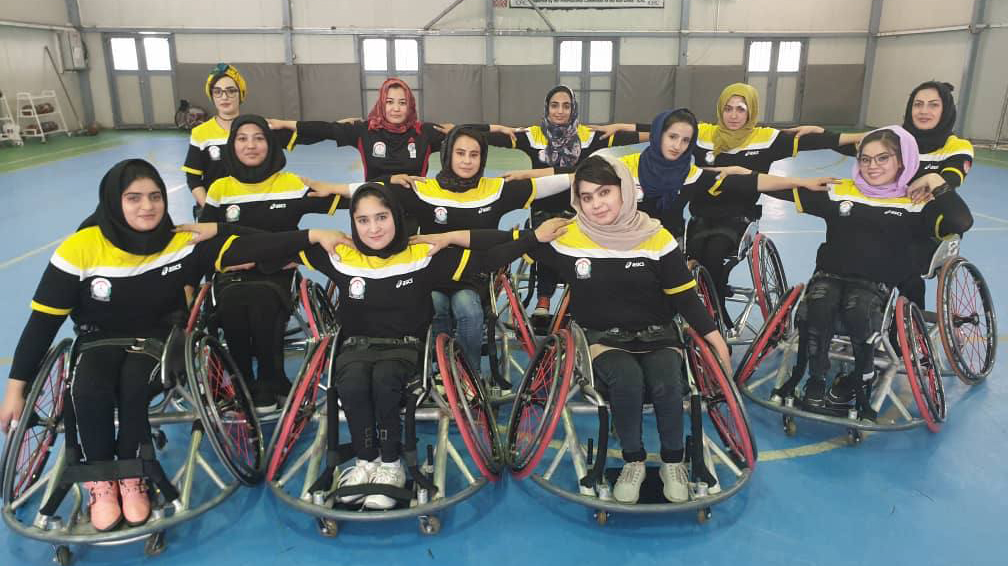 The women’s wheelchair basketball team in Balkh province in northern Afghanistan has passed through many hardships over the last year as it has been banned by the Taliban from taking in sports events.

However, this has not stopped a dedicated team of 25 members from doing what they have done for years. The team has started holding covert training sessions.

Their efforts are aimed at promoting the motive of “disability is not limitation” but the current circumstances have pushed them to limit their training sessions from three days a week to two hours a week, but different from what they have been doing so far.

Their presence in sports events was banned after they received a letter from the Taliban, but they still keep their hopes alive by waiting for a future notice from the group’s administration in Balkh.

A 19-year-old member of the team, who wished to remain anonymous, called the decision “unjust” and said they are desperately waiting to return to the ground.

She has been named the best player of the match on many occasions. “Our belief is that mental ability is better than physical ability,” she said.

“We started doing the sport with the aim to change the wrong beliefs in society against women with disabilities, but our journey will be difficult going forward,” she added.

Another member of the team said they were expected to attend a wheelchair basketball competition in Thailand but they were not allowed by the Taliban.

“We were waiting for the event in Thailand for two years, but we were not allowed to attend,” she said.

The women’s wheelchair basketball team in Balkh was initiated in 2008 by a physiotherapist, known as Mr. Paul among his patients, in Mazar-e-Sharif city, Balkh province, according to members of the squad.

After Balkh, Herat and Kabul were two other provinces where wheelchair basketball teams were founded for women.

The Balkh team was financially supported by the Red Cross office in Balkh.

Activists said the move by the Taliban is an attempt to sideline women in Afghan society.

Taliban officials in Balkh confirmed they have banned the women’s wheelchair basketball team to attend sports events, but said the team will soon be able to resume its activities under Islamic principles.

Figures by the physical training directorate in Balkh show that nearly 200 athletes with disabilities, including 50 women, were busy in various sports in the province under the previous government.

The Taliban has been under criticism for its restrictions on women in Afghan society over the last year, especially their decision on women’s covering and girls’ schools. The group has vowed to introduce a new mechanism for the reopening of secondary schools for girls, but it has not been announced so far.