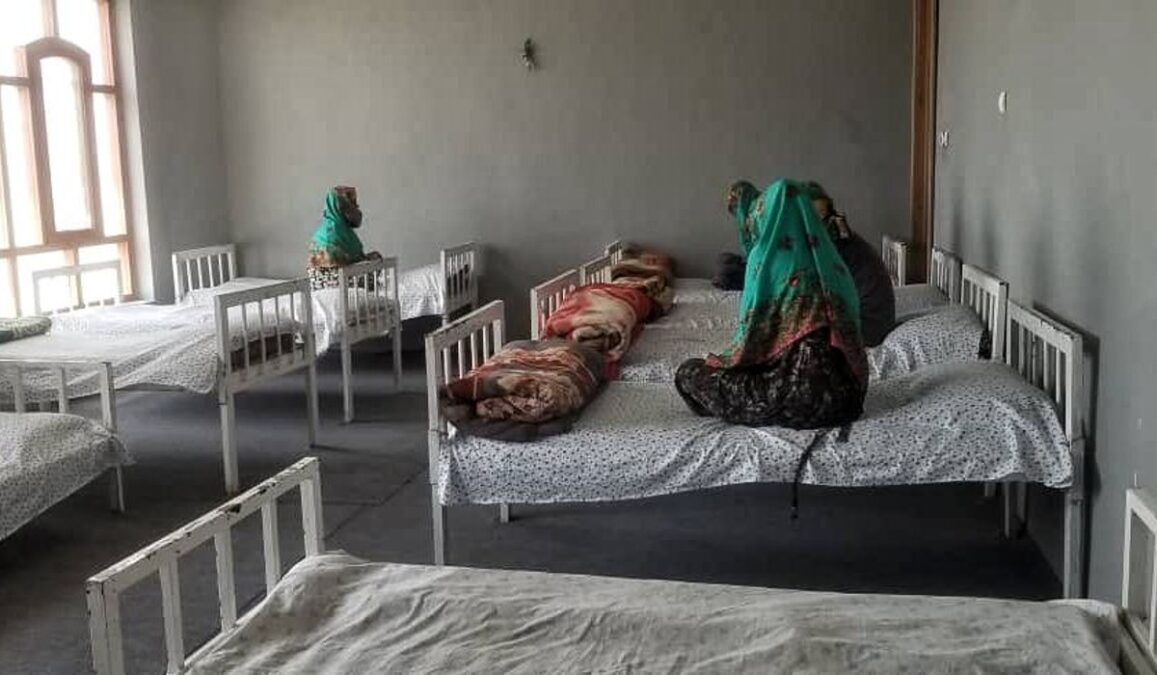 Inside a rehabilitation center in Mazar-e-Sharif city, Balkh province. August 2022.

A group of activists in Balkh on Sunday claimed that female drug addicts have been “treated unfairly” by the Taliban soldiers who were part of a going roundup campaign in the city of Mazar-e-Sharif in recent weeks.

“Based on our information, Taliban members are treating drug addicts unfairly. In some cases, they (female drug addicts) have been beaten up,” a women’s rights activist who wished to remain anonymous over security reasons said.

Two Balkh residents also claimed that women drug addicts have been treated unfairly and have been beaten up.

“Unfortunately, I witnessed a few times that the Taliban was not treating (drug addict) women like humans and they were beaten up in many cases,” said a Balkh resident, who wished not to be named in this story.

Another resident of Balkh said on condition of anonymity that he often passes through the Dasht-e-Shor area in Mazar-e-Sharif’s District 8 where drug addicts are living and are rounded up if found by Taliban soldiers.

“When the Taliban round up the (drug addict) women, they do not take them to the rehabilitation center; they take them to deserts and far distances from the city, and then they are released,” the resident claimed.

On a narrow street in the city of Mazar-e-Sharif, we found a woman who has spent 20 years of her life using heroin.

The woman who hardly spoke with the Amu reporter said she spends days and nights on the streets, and that she started using drugs due to domestic violence.

The woman, who did not mention her name, said: “I was fighting with my husband every day because he was a drug addict,” she said. “To overcome this, my husband offered me drugs, and I became a drug addict.”

She said that with the Taliban takeover, the hardships of life have increased “more than any time.”

“The Taliban is not leaving us calm. They are following us on the streets every day. They have made life a hell for us,” the woman said.

The only rehabilitation center in Balkh

Based on data published by the VOA last October, at least 300,000 people, including women and children, use drugs in Balkh. Many streets are home to large numbers of drug addicts in the city of Mazar-e-Sharif.

Health officials said that only one rehabilitation center is operating in Balkh with a capacity of 70 beds due to a lack of budget to afford more such facilities.

The officials said that 56 patients are under treatment at the center, including 26 women, 10 teenage girls, and 20 children.

Marzia Didar, head of the rehabilitation center, said the facility is faced with a lack of food and a budget to pay its employees.

She said that a 50-bed rehabilitation center in Mazar-e-Sharif city, the center of Balkh, was closed due to economic challenges following economic after Taliban takeover.

“The employees of our 70-bed rehabilitation center have not been paid for the last six months,” she said. “We will be left with no option but to close the center if the situation continues.”

The Taliban police command in Balkh rejected the allegations by Balkh residents and activists and said the roundup campaign is being conducted in an organized way.

“This is a lie,” police command spokesman Mohammad Asif Waziri said. “The mujahedeen are treating drug addicts based on the teachings of Islam.”

He reiterated that the “serious fight” against drug dealers will continue in Balkh and other parts of the country.