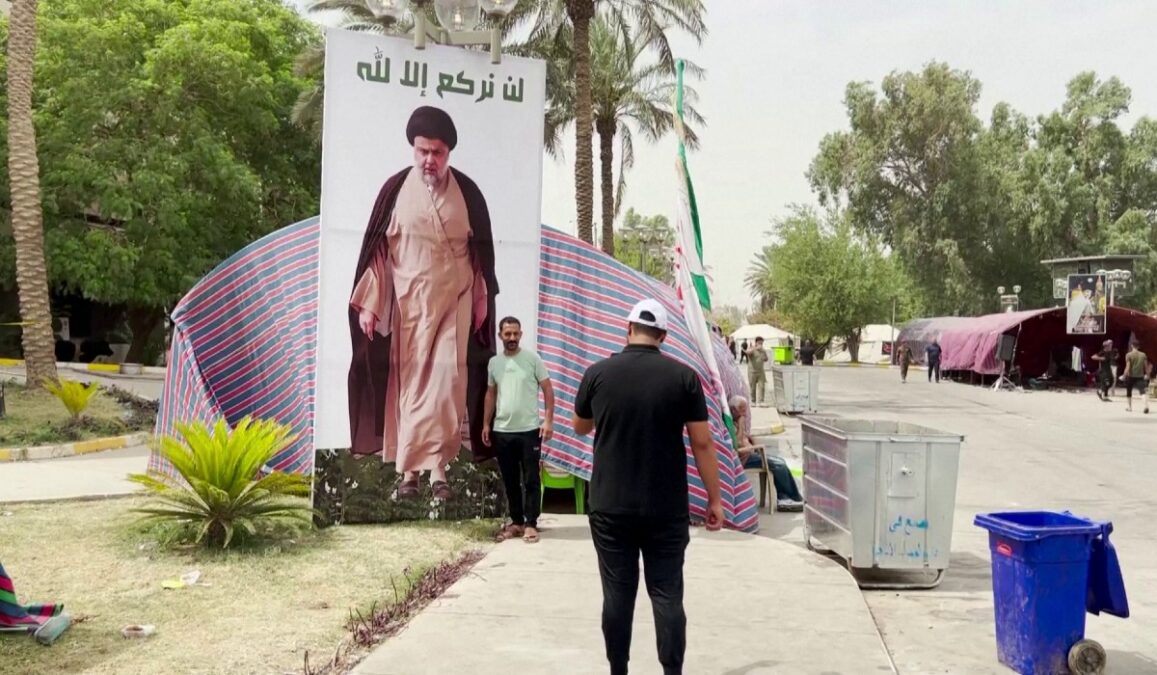 Supporters of Shiite Iraqi cleric Muqtada al-Sadr on Sunday started their second week of a sit-in outside the Iraqi parliament in Baghdad, according to a Reuters report.

The open-ended sit-in began on July 30. It started after Sadr commanded his followers to storm Baghdad’s heavily secured Green Zone and occupy parliament.

“Our demands include dissolving the parliament and changing those old and corrupt faces,” quoted by Reuters, Iraqi Hassan Kareem, said as he was sitting inside a tent set up next to the Parliament.

The Iraqi cleric won the largest number of seats in parliament in an October election but failed to form a government that would exclude his Iran-backed rivals.

He withdrew his lawmakers from parliament and instead applied pressure through protests and the parliament sit-in, drawing on his popular base of millions of working-class Shi’ites.

The deadlock between Sadr and his rivals has left Iraq without a government for a record time in the post-Saddam Hussein era.