Taliban criticized for silence on al-Qaeda presence in Afghanistan 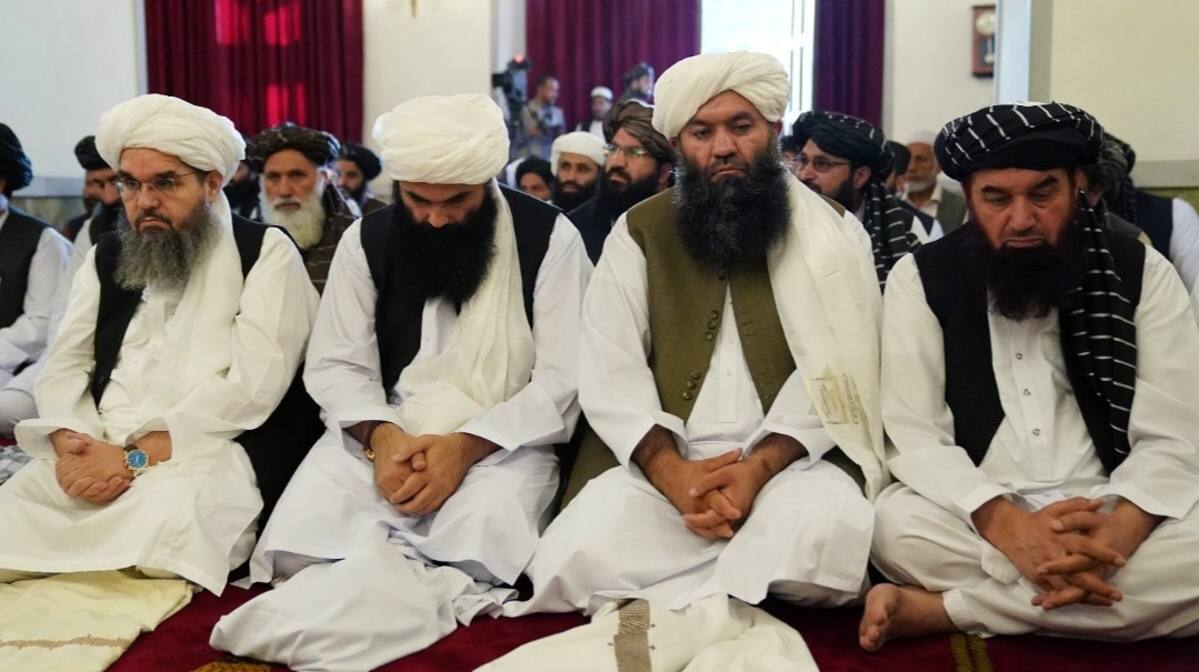 Taliban leaders, including Sirajuddin Haqqani (second from left) at a mosque in Kabul in June 2022. Photo: Arg.

Two days after the US announcement on its “counterterrorism operation” in Kabul to target al-Qaeda leader Aiman al-Zawahiri, the Taliban is yet to comment on the presence of the insurgent group in the country.

Analysts said this silence shows it is a major issue and that the Taliban spokesmen are not allowed to speak on it to the media and the people unless there is a decision on this by their leaders.

The US Secretary of State Antony Blinken in a statement on Tuesday said “by hosting and sheltering the leader of al-Qaeda in Kabul, the Taliban grossly violated the Doha Agreement and repeated assurances to the world that they would not allow Afghan territory to be used by terrorists to threaten the security of other countries.”

The Taliban also blamed the US for violating the Doha agreement and said the airstrike was in contravention of international norms.

Analysts suggest that the Taliban should make efforts to regain the trust the US and the international community had in the group about its commitment to cut ties with al-Qaeda and other terrorist groups.

Torek Farhadi, an Afghan political analyst, said recreating an environment of trust is the key at this moment for the Taliban and that “they should admit that al-Zawahiri was in Kabul.”

“Now that he (Zawahiri) is gone, the future of Afghanistan is important,” Farhadi said. “The Taliban does not need to be in a continued confrontation with the world because the sanctions should be removed on Afghanistan as the people are tired of them.”

A former Taliban member, Sayed Akbar Agha, meanwhile said the Taliban so far has not accepted al-Zawahiri’s presence in Afghanistan.

“The Taliban has not been convinced so far that he was there. Even if he was there, I believe that it was an unnecessary attempt,” he told Amu. “Meanwhile, the Taliban believe that anything they say will not be accepted by the world because they are on one side and the world is on the other. So they have decided that it is better to stay silent.”

Another analyst said that al-Zawahiri’s death in Afghanistan is a major issue on which the Taliban leadership is still discussing its stance.

“Taliban is busy in talks about the killing and presence of al-Zawahiri and how to justify his presence in Kabul to the international community,” he said. “This is a serious matter… And they are trying to consult on it first and then announce their stance.”

Meanwhile, a group of Afghan politicians outside Afghanistan in a statement under the self-proclaimed “council of national resistance for the rescue of Afghanistan” said the presence of the al-Qaeda leader in Afghanistan indicates the fact that the Taliban has violated the Doha agreement and has not cut its ties “with other terrorist groups.”

“It shows the depth of Taliban ties with international terrorist organizations,” the council said. “The Taliban has changed Afghanistan into a hub for terrorism and a safe haven for insurgents.”

The meeting was held in Turkiye with the presence of a group of Afghan politicians, including Ata Mohammad Noor, Gen. Abdul Rashid Dostum, Mohammad Mohaqiq, former parliament speaker Mir Rahman Rahmani and others.

The former top US negotiator for the US-Taliban talks, Zalmay Khalilzad, said on Wednesday that it seemed like the Haqqani network, which is an important element of the Taliban, did know about Al Qaeda leader Ayman al-Zawahiri’s location in Kabul.