Pelosi says US wants Taiwan to have freedom 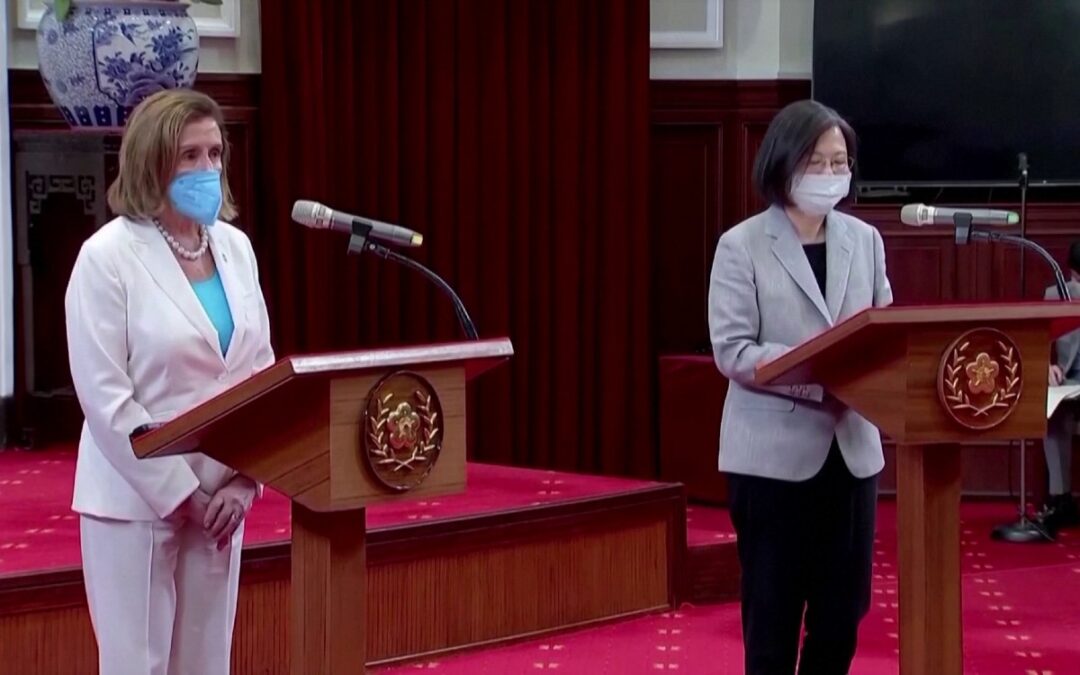 Nancy Pelosi, US House of Representatives Speaker and Taiwan President Tsai Ing-wen at a press conference in Taipei on August 3, 2022. Screenshot from Reuters video.

Nancy Pelosi, US House of Representatives Speaker, during her visit to Taipei on Wednesday said her country wants Taiwan to always have freedom with security and will not back away from that.

Addressing a news conference Taiwan President Tsai Ing-wen, Pelosi said the US supports the status quo and does not want anything to happen to Taiwan by force.

According to a Reuters report, Pelosi, in response to a question about the economic consequences Taiwan has to face as a result of her visit, said the US’ chips act opens the door for better economic exchanges between the United States and Taiwan.

Meanwhile, Tsai said Taiwan is committed to maintaining the status quo across the Taiwan strait, and that China’s military exercises, launched in response to Pelosi’s visit are an unnecessary reaction.

This comes as China and Russia have criticized Pelosi’s visit to Taiwan, saying it will not be in favor of stability in the region.