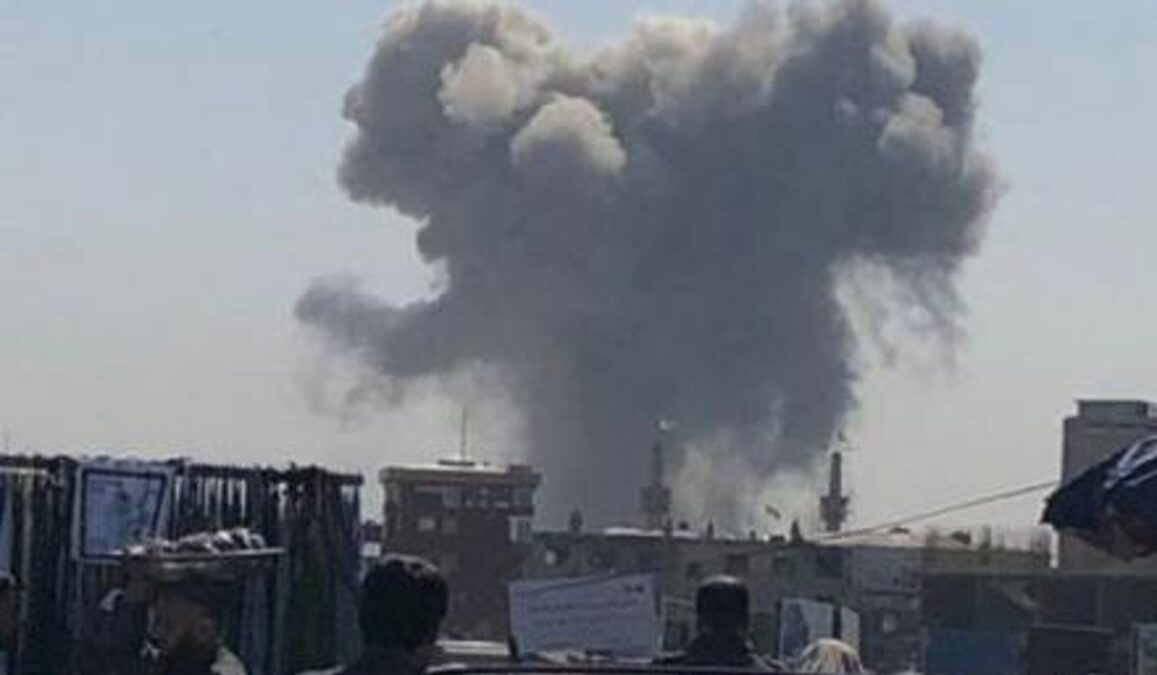 The aftermath of a drone strike in Kabul on July 30, 2022. Photo: Social media

Taliban in a statement on Monday confirmed that a US drone targeted a “residential house” in the Sherpoor area in downtown Kabul on Saturday, July 30.

Taliban spokesman Zabihullah Mujahid, who posted the statement through a series of tweets, called it in contravention of all international norms and a violation of the Doha agreement – signed between the two sides in February 2020 in Qatar.

The Taliban initially said that a rocket has landed on a house in Kabul and that it caused no casualties.

Hours after the incident, the former head of the Afghan intelligence agency under the republic government, Rahmatullah Nabil, said it was a drone strike.

Taliban spokesman Mujahid said they condemn the drone attack no matter under which pretext it has been conducted.

He said the move is an indication of “failed experiences of the US in the last 20 years” and it is not in favor of Afghanistan and the region.

Taliban has not mentioned anything about possible casualties in the drone strike, but a source told Amu that at least two people, including a Taliban commander, have been killed in the attack.

This is the first drone strike by the US in Kabul after last August’s drone attack in the north of Kabul that killed at least 10 civilians.