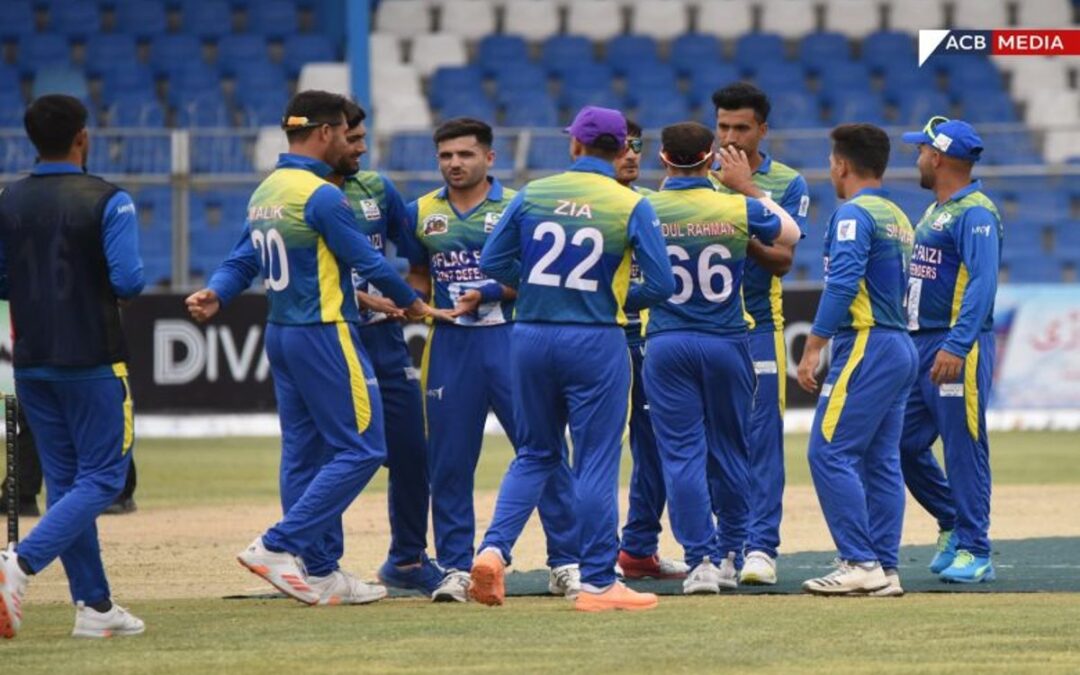 The Bost Defenders on Saturday match against the Mis-e-Ainak Knights. Photo: ACB

The Bost Defenders from southwestern Afghanistan recorded their sixth consecutive win after defeating the Mis-e-Ainak Knights in a thrilling match of the Shpageeza Cricket League in Kabul on Saturday.

In this match, Asghar Afghan, the Knights captain, won the toss and elected to field first.

Mohammad Shahzad of Mis-e-Ainak Knights in reply struck 77 runs but the Knights were still not able to cross the winning line as they fell short by 4 runs in the end.

Afsar Zazai of Defenders was awarded the player of the match.

The match was held a day after a grenade attack at the Kabul International Cricket Stadium on Friday afternoon in which at least two people were killed and many more were injured.

The Shpageeza Cricket League is a Twenty20 cricket tournament held by the Afghanistan Cricket Board every year in Afghanistan. The league was initiated in 2013.