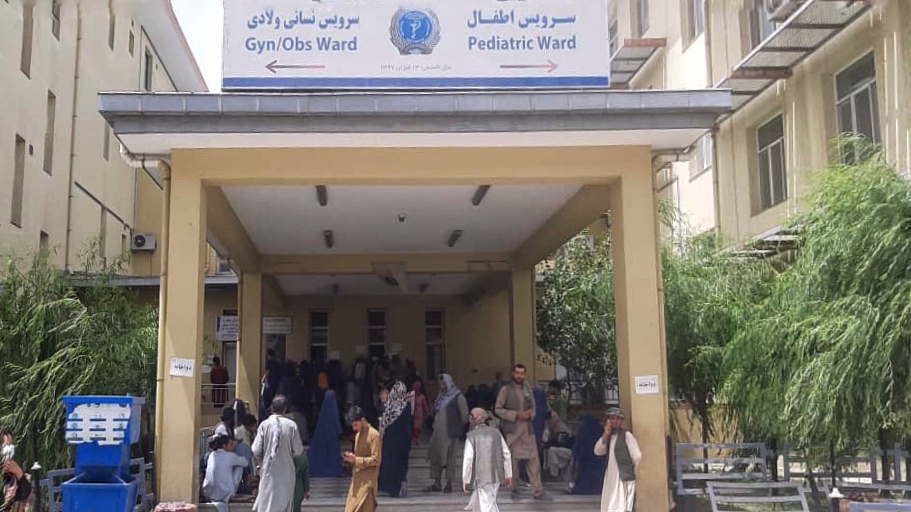 The Abu Ali Sina Hospital in the city of Mazar-e-Sharif, one of the biggest health centers in northern Afghanistan, is having more visitors in the last three months as access to health services has been limited in other districts of Balkh, especially for women, doctors said.

Some local health centers have been closed in Balkh’s districts, or have limited their services in recent months, doctors added.

Some patients who were admitted to Abu Ali Sina Hospital said women’s access to health services has been reduced in Balkh districts under the Taliban rule and doctors receive patients at certain hours due to a lack of personnel and equipment.

A Balkh resident said she took her mother to Abu Ali Sina Hospital and they suffered many difficulties on the way to the health facility from the remote district of Dawlat Abad.

“We had to come to Mazar-e-Sharif because of the lack of health facilities in Dawlat Abad district,” she said.

Sayed Ahmad, a resident of the Chaharbolak district of Balkh, who took his wife to Abu Ali Sina Hospital, said that residents of their district, especially women, have limited access to health services. He added that people in their area have no option but to travel to Mazar-e-Sharif city for treatment.

“There is one clinic in our village and it works based on a certain schedule. Doctors are not available all the time. We wait for long hours to visit the doctor,” said Ahmad.

A resident of the Chimtal district of Balkh, meanwhile, said she lost her baby on her arrival at Abu Ali Sina Hospital due to the difficulties she bore on the way to Mazar-e-Sharif.

“Doctors are not paying attention to patients at the Chimtal clinic. I was bleeding and in pain, I came to Mazar-e-Sharif hospital, but when I arrived here, I had to abort my baby,” the woman said.

Taliban officials in the public health directorate of Balkh did not comment on the lack of female doctors, especially, in health centers in the province.

Doctors in the gynecology ward at Abu Ali Sina Hospital said they are receiving dozens of patients a day who come from other districts of Balkh due to the lack of female doctors and health facilities in their areas.

“Dozens of women visit here every day. They come from districts where, unfortunately, many of them lose their babies due to late arrival here,” said a female doctor who wished not to be named in this report over security reasons.

Zahra Ahmad Abadi, head of the gynecology ward at the hospital, said they have the required facilities for the treatment of the patients.

“The reason behind the increase in the number of the patients from districts is the facilities this hospital has,” she said. “We have an equipped delivery room. We have the personnel, a blood bank, oxygen, emergency room and required medicine (for patients).”

Afghanistan has one of the highest maternal mortality rates in the world, according to United Nations data in October 2021. According to a UN report in 2021, at least 638 women die per 100,000 live births in Afghanistan.