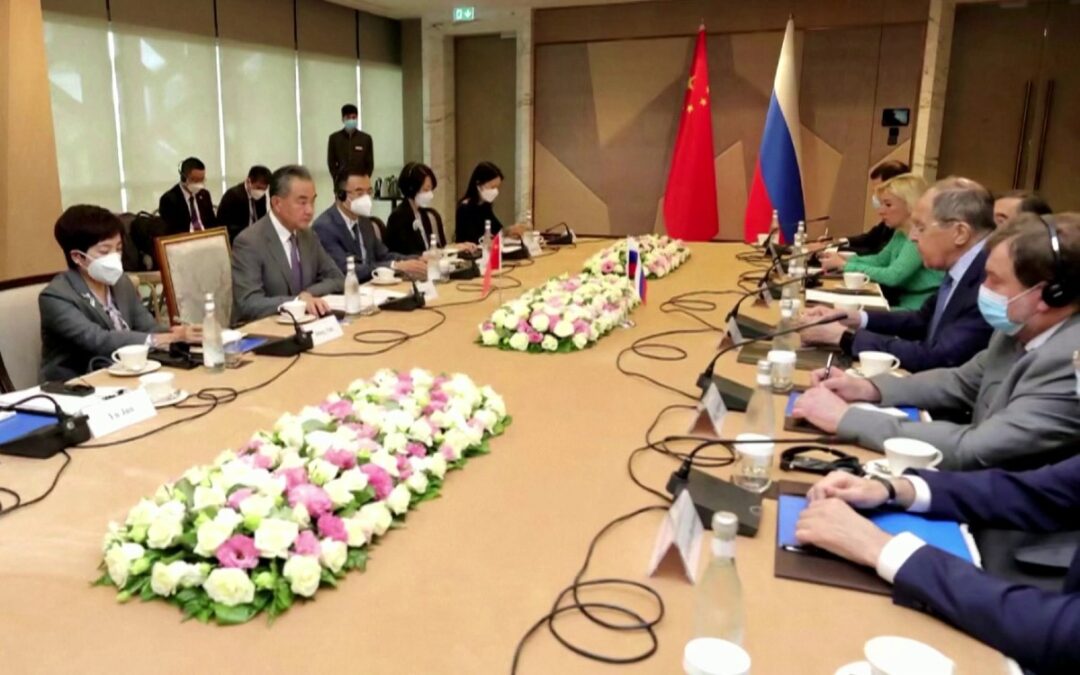 Chinese and Russian foreign ministers in a meeting on the sidelines of SCO summit. July 28, 2022.

In this meeting, Wang said China and Russia strengthening strategic communication in a timely manner is conducive to showing the basic trend in the development of the China-Russia comprehensive strategic partnership of coordination, promoting the sound and steady development of bilateral relations, upholding and practicing true multilateralism, and making the international order more fair and equitable.

He added that China stands ready to strengthen solidarity and cooperation with other SCO member states to make the SCO a staunch force in safeguarding international fairness and justice, a stabilizing factor for maintaining regional and world peace, and an essential engine for promoting global post-COVID recovery.

Meanwhile, Lavrov hailed the friendship and strategic mutual trust between the two countries and said Russia is willing to maintain close high-level exchanges with China and promote practical cooperation in various fields.

The two sides should continue to strengthen cooperation in multilateral affairs, support the core role of the United Nations in international affairs, maintain the international order based on international law, and support developing countries in adhering to their independence, Lavrov said.

The two foreign ministers made positive comments on the development of the SCO and showed support for Uzbekistan in hosting the meeting of the SCO Council of Foreign Ministers and preparing for this September’s SCO Summit in Samarkand. They agreed to explore ways to optimize the operation of the SCO and advance the process of SCO expansion in an orderly manner.

They said that the SCO brings together major countries of grain and energy production and consumption, thus it is necessary for the SCO countries to enhance coordination, gather consensus and jointly play a constructive role in addressing the challenges regarding global food and energy security.

They agreed to deepen the alignment between the China-proposed Belt and Road Initiative and the Eurasian Economic Union, a trade agreement comprising Russia, Belarus, Kazakhstan, Kyrgyzstan, and Armenia, to promote regional connectivity and common development.

They agreed to strengthen communication and coordination and use multilateral cooperation mechanisms such as the Foreign Ministers’ Meeting among the Neighboring Countries of Afghanistan to help the country achieve long-term stability.