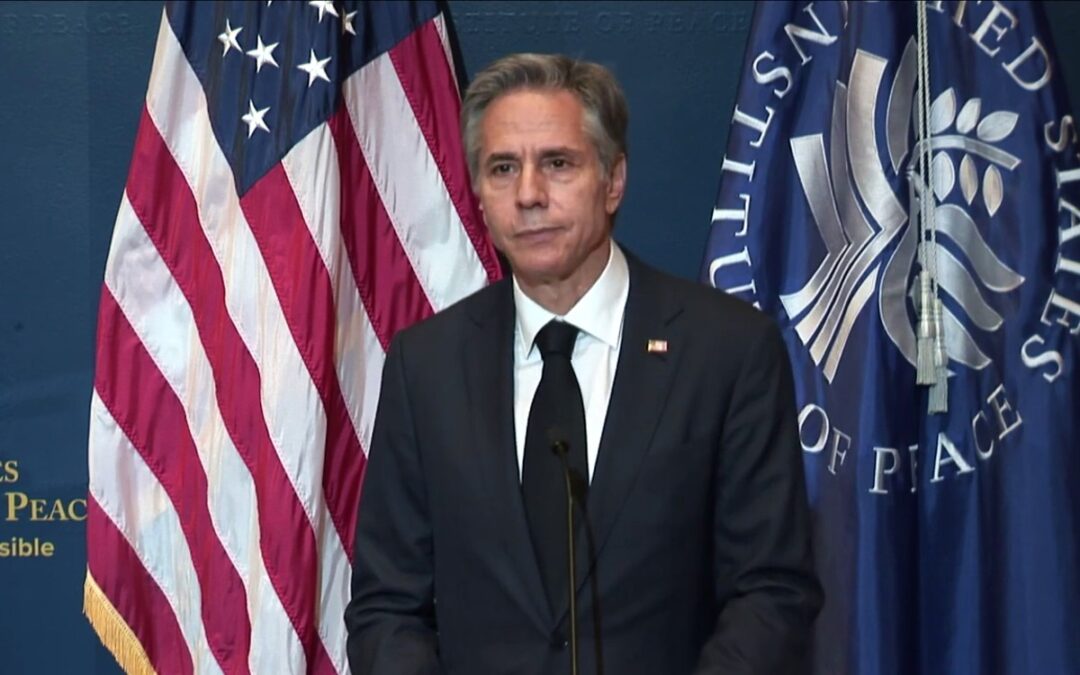 US Secretary of State Antony Blinken at a session at the US Institute of Peace.

US Secretary of State Antony Blinken on Thursday said women and girls have been largely restricted from public life under the Taliban, criticizing the group for making a “terrible” decision to ban girls from secondary education.

He made the remarks at an event by the US Institute of Peace where a consultative platform for Afghan women and civil society was launched to deepen the US government’s engagement with a broad range of Afghan stakeholders, according to a statement by the State Department.

“Since the Taliban took over a year ago, they’ve reversed a great deal of the openness and progress that had been made over the previous decades.,” Blinken said. “They’ve silenced civil society and journalists. In March, they banned independent international media like Voice of America and BBC from airing in Afghanistan.”

He said the Taliban continue to intimidate and censor Afghan media outlets.

“They failed to respect the human rights of women and girls,” Blinken said. “Instead, under the Taliban, women and girls have largely been erased from public life.”

“The Taliban’s decision to ban girls from attending secondary schools, a decision that happened while some girls were literally walking to school and others were already sitting at their desks, was a reversal of commitments they made to the Afghan people and to the world,” Blinnken said.

“For 314 days in counting, the girls of Afghanistan have sat at home while their brothers and cousins have been receiving educations. It is a terrible, terrible waste,” he said.

The US-Afghan Consultative Mechanism (USACM) brings together diverse representatives from various Afghan women’s coalitions as well as civil society leaders, journalists, academics, legal experts, and religious actors and scholars from inside and outside Afghanistan, the State Department said.

The USACM will facilitate regular engagement with the U.S. government on relevant issues, ranging from women and civil society’s participation in political processes to human rights documentation and accountability, the statement added.