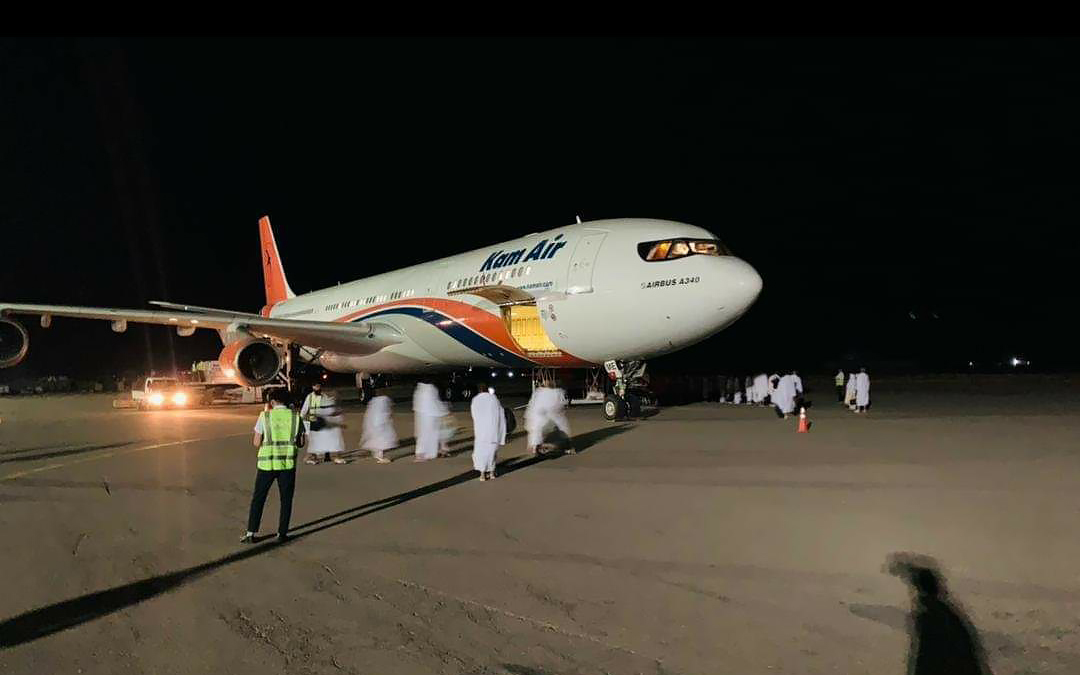 An airplane carrying Afghan pilgrims to Saudi Arabia in June, 2022, at Kabul airport.

The Taliban finally awarded a contract on ground services of Kabul airport and many others in Afghanistan to United Arab Emirates state-linked GAAC, which was involved in running security and ground handling services at Afghan airports before the Taliban takeover, shortly after Taliban officials had visited Abu Dhabi.

Sources said that the last negotiations on airspace control are also underway with the same company.

At the same time, the Taliban continued their joint negotiations with Qatar and Turkiye over the same matter that finally was handed over to the UAE-based firm.

A source aware of the matter said that negotiations are underway between the Afghan transportation and aviation ministry and the GAAC officials on air space control of Afghanistan.

An Afghan analyst said that the UAE-based consortium was accused of some violations in its operations in a deal struck with the previous government and that a new contract with the same entity will harm local aviation companies.

“The contracts for the UAE firm are a diplomatic win, but if analyzed economically, it is not fair to award the entire operations to one company. There was a need to provide a share to Qatar and Turkiye as well to create a competition and further benefit national interests,” said Sayed Massoud, a former Kabul University lecturer.

Taliban officials vowed to closely monitor the activities of the company, which is responsible for ground services of Kabul, Herat and Balkh airports as well as security operations for Kabul, Kandahar, Balkh and Herat for the next three years.

Based on the contract, the incomes of the airports will be shared between GAAC and the Taliban government, a Taliban official said.

A spokesman of the civil aviation and transportation ministry, Imamuddin Ahmadi, said that the signed contracts are in the country’s favor and that they will have a close eye on the UAE-based company.

“The UAE consortium has no record of violation,” he said. “This will not affect free competition because the operations are separate from each other.”

A senior official from the previous government’s transportation ministry said that the family of the former Pakistani prime minister Nawaz Sharif has made many of its investments in the UAE.

The official added that the victory of Shehbaz Sharif, Nawaz Sharif’s son, in the new Pakistani government, his personal ties with the UAE and his influence on the Taliban government provided the ground for the contract to be signed “unilaterally” with the UAE-based company.

“During the republic government, the company could not continue its activities without corruption, but now this happened with the influence of Nawaz Sharif’s family,” the official said.