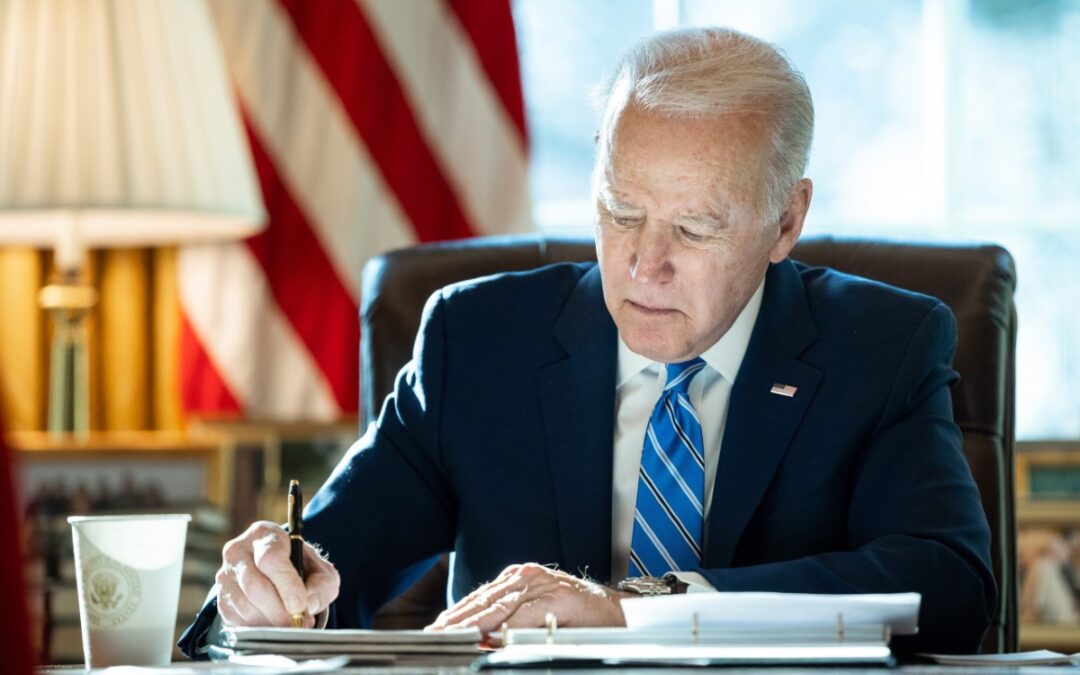 US President Joe Biden in his office. Photo published by the White House on July 9, 2022.

Energy and security interests prompted Biden and his aides to decide not to isolate the Gulf oil giant that has been strengthening ties with Russia and China, according to a Reuters report.

But Reuters reported that the US national security adviser dulled expectations of any immediate oil supply boost to help bring down high costs of gasoline and ease the highest US inflation in four decades.

He then headed to the royal palace where Saudi TV showed him fist-bumping the crown prince. Later, a photo was shared by the state news agency, SPA, that showed Biden shaking hands with King Salman bin Abdulaziz.