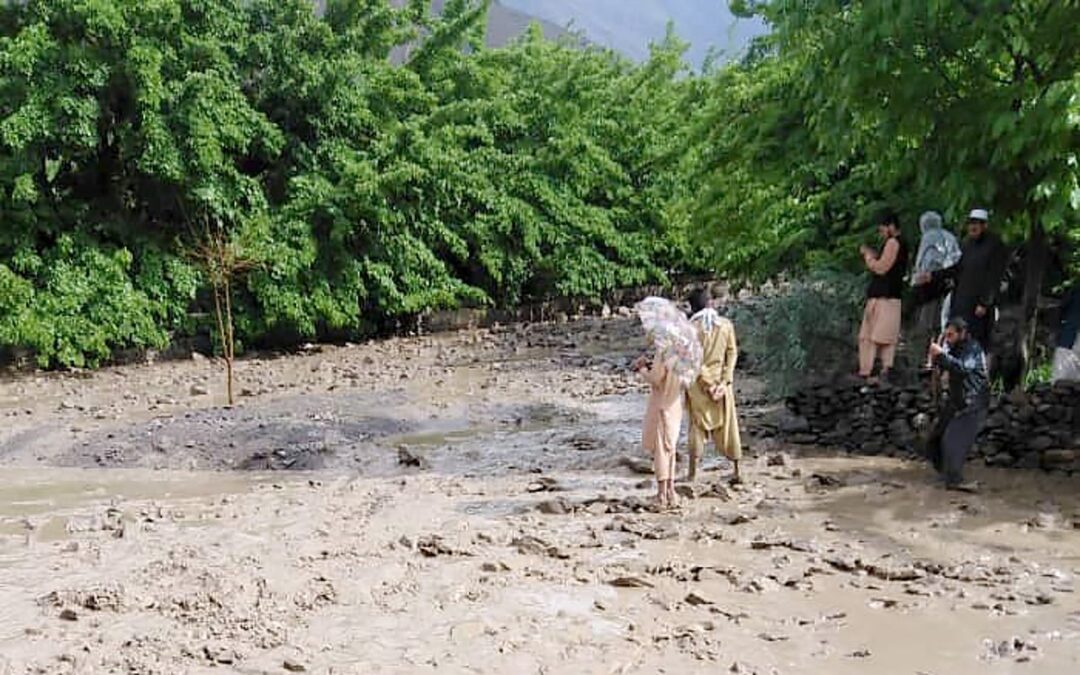 Flash floods in Kalakan district north of Kabul city, which damaged many agricultural fields, according to farmers. 11 July, 2022.

“At least 70 people have died, including 13 in Ghazni and Maidan Wardak. 22 more have been wounded,” said Ghulam Ghaws Naseri, the deputy head of the Natural Disasters Management Authority. “Over 2,000 houses were damaged partially. Over 2,000 livestock were killed and hundreds of hectares of land were damaged.”

But Misbahuddin, Taliban spokesman for the Ministry of Agriculture, Irrigation and Livestock, said that nearly 2,400 hectares of land and at least 100 water canals were destroyed by the floods.

“A survey is underway to find the affected families and help them in reconstructing canals and their lands,” he said. “We ask the donor countries and organizations to help the affected farmers.”

Meanwhile, a member of the Chamber of Agriculture and Livestock in Kabul, Mirwais Hajizada, said the damages are much higher than reported by the agriculture ministry. He said that at least 10,000 hectares of agricultural fields have been damaged in the flash floods in 12 provinces.

“Agricultural lands have been damaged in Kalakan and Mirbachakot districts in Kabul and it hasn’t left even one grapevine,” Hajizada said, referring to the two districts that are famous for producing high-quality grapes.

However, farmers said the Taliban government has not provided any support to those affected by flash floods.

“We lost everything in Kalakan district, including grape, apricot and peach gardens. We ask the agriculture ministry to help us in this tough situation,” said Abdul Fatah, a farmer in the Kalakan district of Kabul.

“There were 150,000 grape vines in our village that were ready to be collected… They were all damaged and we have not been supported yet,” said Hedayatullah, a farmer in Kalakan.

This comes after a devastating earthquake killed over 1,100 people in eastern Afghanistan earlier this month.