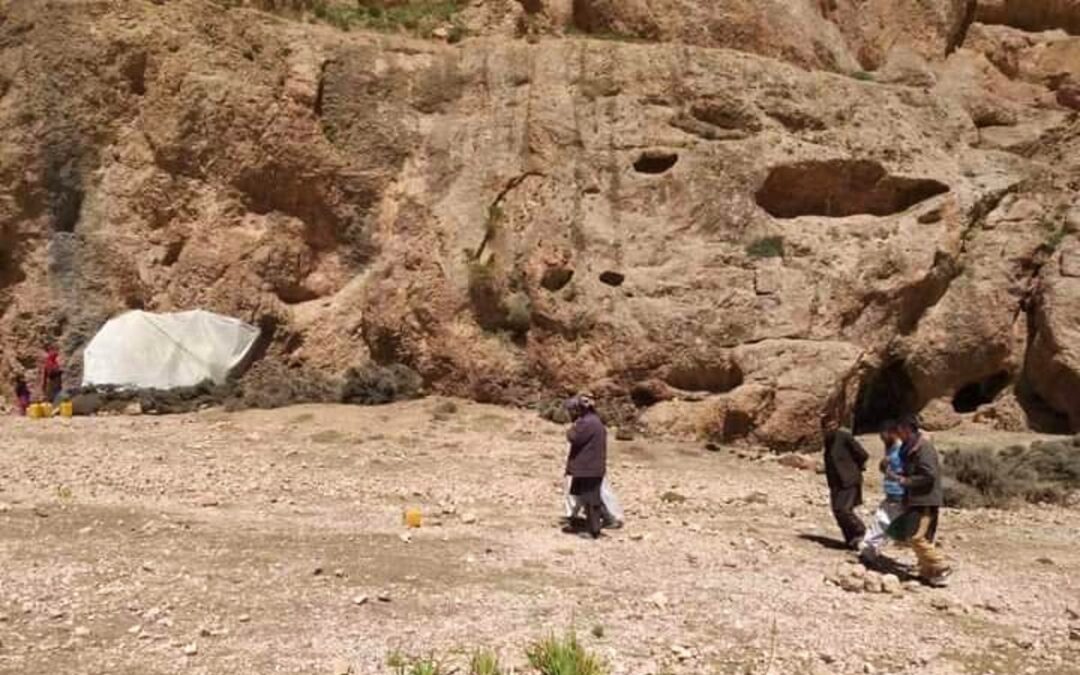 Clashes have reduced in Balkhab district in northern Afghanistan but displaced families said they are in a miserable condition and that the Taliban has started seizing their properties and using public places as their outposts in the fight against Mawlawi Mahdi Mujahid, who parted his ways with the group last month.

Besides imposing a curfew in Balkhab, the Taliban is seizing people’s properties as “booty” in Lalandar and Sorkhak Blaq villages in Balkhab, two sources from the area said.

A tribal elder from Balkhab in a phone conversation with Amu TV said that the Taliban is using people’s homes as well as schools, mosques and health centers as their outposts.

Another source said that the Taliban has started using a school in “Zoo” village, a health clinic in “Chob” village and a school in Do Shakh village as their outposts.

Reports indicate that at least 3,000 families have been displaced in Balkhab district in less than two weeks after clashes erupted between Mahdi and Taliban.

Two sources said on Saturday, July 2, that the displaced families are going through a difficult situation while having no access to food, water and health services.

A video from a group of Balkhab’s displaced families on social media shows them in Dozdan Chashma area in Yakawlang district of Bamiyan. The video shows that some of the families are spending their days and nights without food and shelter and are seeking urgent assistance from aid organizations.

Some international organizations, including IOM and UNHCR, have vowed support to the displaced families, but so far, they have not received the assistance, probably due to the lack of aid agencies’ access to them.

Amu TV could not confirm some media reports which say Taliban did not allow aid agencies to provide assistance to displaced families of Balkhab.

The clashes in Balkhab started on June 22 when talks failed to overcome rifts between the Taliban leadership and its Hazara commander Mawlawi Mahdi Mujahid. Soon after it started, the Taliban captured the areas under Mahdi’s control, including the center of the district, which was captured on June 28. Since then, sporadic clashes are underway in mountainous areas in the district where Mahdi’s forces have been stationed.