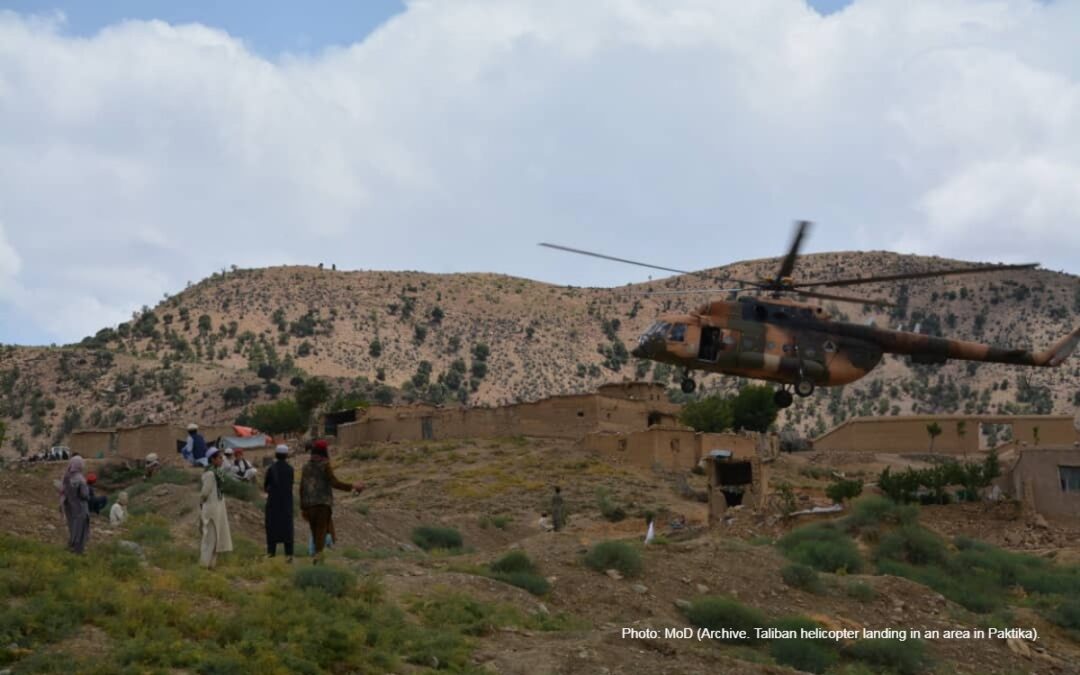 At least three people on board a Taliban helicopter were killed and seven more were wounded after it crash-landed in an area on the outskirts of Sheberghan city, the center of Jawzjan province in the north of Afghanistan, sources said on Saturday.

The incident happened on Thursday, June 30 when the helicopter was returning from Balkhab district in northern Sar-e-Pul province and crash-landed due to technical issues, two sources aware of the matter said.

The sources said that two pilots and an engineer were killed and seven Taliban soldiers were wounded in the incident.

The wounded have been taken to a hospital in the 209 Al Fath Corps in Balkh province.

The Taliban has not commented on the incident.

So far under the Taliban rule in Afghanistan, this is the second military helicopter that crash-lands. Last month, a Mi-17 helicopter of the Taliban was forced to land by the national resistance front’s forces in a mountainous area in Panjshir province in central Afghanistan.

The incident comes as the Taliban is fighting against its splintered commander Mawlawi Mahdi in Sar-e-Pul province who was separated from the group in mid-June.

The clashes in Balkhab district left thousands of families displaced and Mahdi’s fighters left the center of the district as the Taliban captured areas under their control.