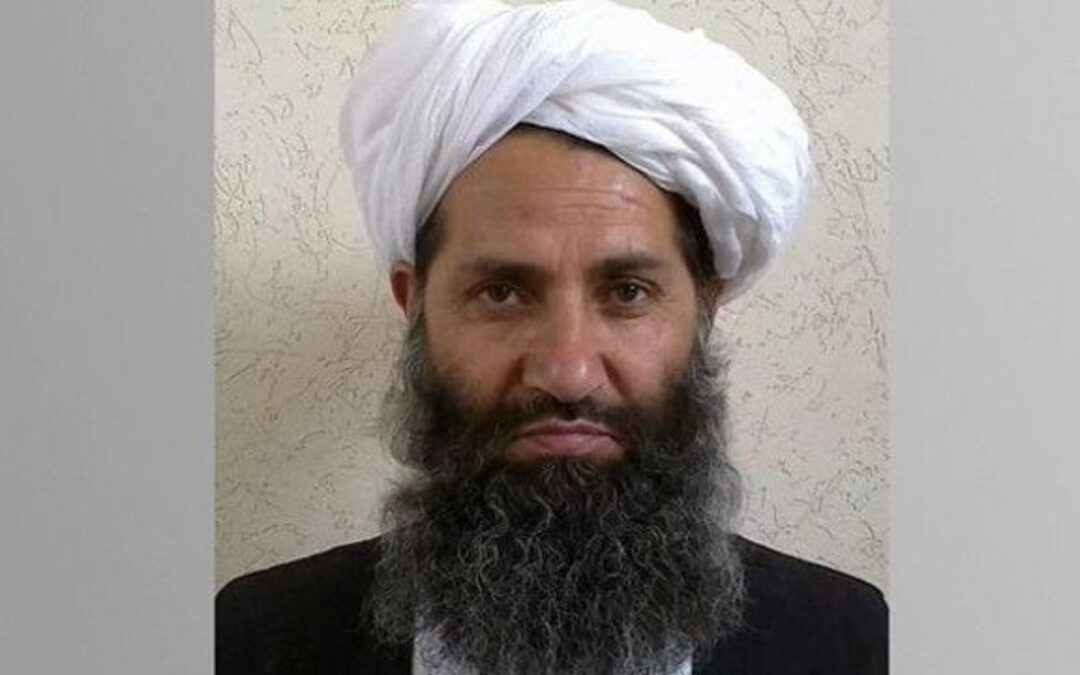 Taliban supreme leader Mullah Hibatullah Akhundzada addressed a gathering of at least 3,000 religious scholars in Kabul on Friday, stressing unity among members of the group, but did not mention anything about girls’ education, which was expected to be discussed at the event.

He entered the Loya Jirga hall when the Taliban’s acting interior minister, Sirajuddin Haqqani, was addressing the event. His presence at the meeting came as a surprise but he did not show his face as he has done so far over the last eight years after the death of the Taliban’s founding leader Mullah Mohammad Omar Mujahid.

The event was not aired on any TV network in Afghanistan. An audio of the speeches at the event was handed over to the media through state-run media outlets.

Hibatullah addressed the gathering while turning his back to the audience.

He said that the fight against “infidels” – in the last two decades – was aimed at suppressing the Sharia law and the Afghans’ beliefs, not for their property or money.

Hibatullah emphasized the implementation of the general amnesty and asked Afghan politicians and investors to return to the country.

“I have forgiven the oppressors of the former regime. I do not hold them accountable for their past actions. If anyone created trouble for them without committing new crimes, I will punish them. However, forgiveness does not mean to bring them to the government,” he clarified.

“We ask businessmen to return. There is no fear for them. They can open factories and invest in their own country because foreign aid cannot build our economy, rather, it would make us more dependent on foreign funds,” he said.

“Dear brothers. Get united. Do not let powerful figures bully others. Do not allow oppression. Do not allow security disruptors,” Hibatullah said.

He also said that Afghanistan is an independent country and that it has the right to follow its own goals.

“Islam is the religion of peace, we want peace and security, we have no ill intentions towards anyone, and neighboring countries do not feel any harm from us,” Hibatullah said.

At least 3,000 religious scholars attended the assembly, but no woman was present there. Meanwhile, no one, except two speakers of the event, Nasrullah Waizi from Bamiyan province and Mawlawi Abdul Qahir from Balkh, mentioned anything about girls’ education, according to a report by TOLOnews.

One of them, Mawlawi Mujeeb Rahman Ansari from Herat, went too far by saying that those who oppose the Islamic government must be beheaded.