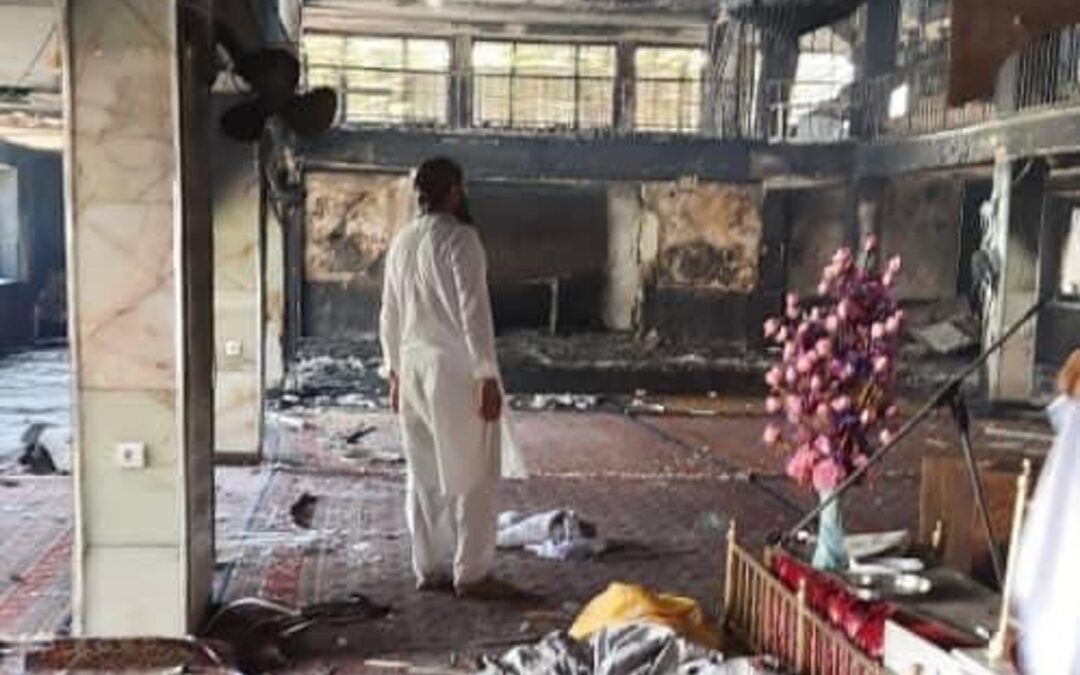 A Gurdwara of the Sikh community came under a complex militant attack on Saturday morning, leaving one civilian and one Taliban member dead, according to local officials, but sources said the casualties are much higher.

The Gurdwara, or the Sikh temple, is located in the Karte Parwan area in police district 2 of Kabul, which is one of the two places of worship of the community in the capital city.

The attack started with a blast in the yard of the Gurdwara and was followed by multiple explosions, including a car bomb blast.

The interior ministry in a statement said the attack started with throwing hand bombs into the Gurdwara and was continued with a heavy gunfight between security forces and two attackers.

The attack started at around 7:15 a.m. Kabul time and continued for four hours.

Seven others, including civilians, were wounded in the attack, the statement added.

Soon after the first blast, dark smoke was seen in the sky, coming out of the Gurdwara.

Some residents of the area said they heard heavy blasts from the area during the attack and that the number of casualties might be higher than reported by officials.

Videos released after the attack show it has heavily damaged the Gurdwara. Local residents said some houses nearby have also been damaged in the attack.

The attack was widely condemned by Afghan politicians, the UN, and countries in the region. Former president Hamid Karzai and former head of the high council for national reconciliation, Abdullah Abdullah, called the attack an act of terror.

The UN mission in Afghanistan, UNAMA, in a statement “strongly condemned” the attack and it has reportedly resulted in “numerous casualties.”

“Attacks on civilians must cease immediately. UNAMA calls for protection of all minorities in Afghanistan, including Sikhs, Hazaras and Sufis,” the UN office said.

On March 25, 2020, a similar attack took place on a Sikh Gurdwara in the Shorbazar area in Kabul, leaving at least 25 people dead.

In July 2018, a gathering of Sikhs was targeted by a suicide bomber in the city of Jalalabad, Nangarhar province, in which 10 civilians, including 10 members of the Sikh community, were killed and many more were wounded.

No group has so far claimed responsibility for the attack on Kabul Gurdwara.